Special extra-size anniversary issue! It's the final chapter of "The Rule of War" - and all the rules are broken! On the alien planet Trotha, Empress Siddinx's plan is revealed, and it's nothing short of world domination - with the Justice League entangled in her puppet strings. But how can the team save a population that now hates and fears them? 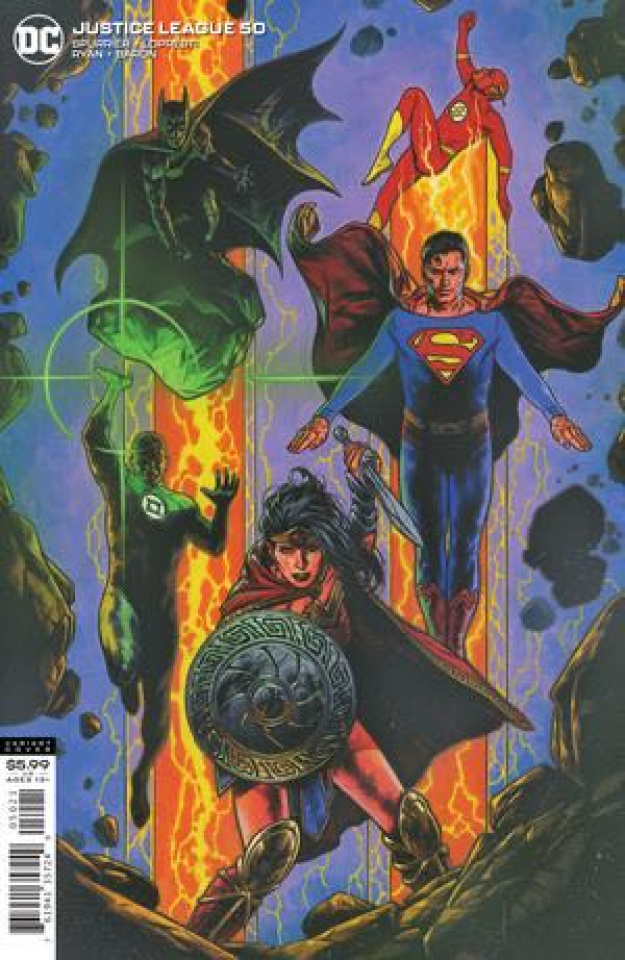