From one of the greatest storytellers of his generation, Grant Morrison's Animal Man took a forgotten DC Comics character and reimagined him in a groundbreaking, postmodern series that redefined what was possible in superhero comics.

Buddy Baker, a.k.a. "the Man with Animal Powers," is a second-rate superhero, devoted father, and animal activist. There isn't much money in the hero game, and with a wife and kids to support, Buddy soon finds himself torn between trying to make a living through traditional super-heroics and getting more deeply involved in the questionably legal world of animal rights activism. But in today's world with real-life issues, who really needs Animal Man's protection? Is it humankind or the animals? Or is it Buddy himself? 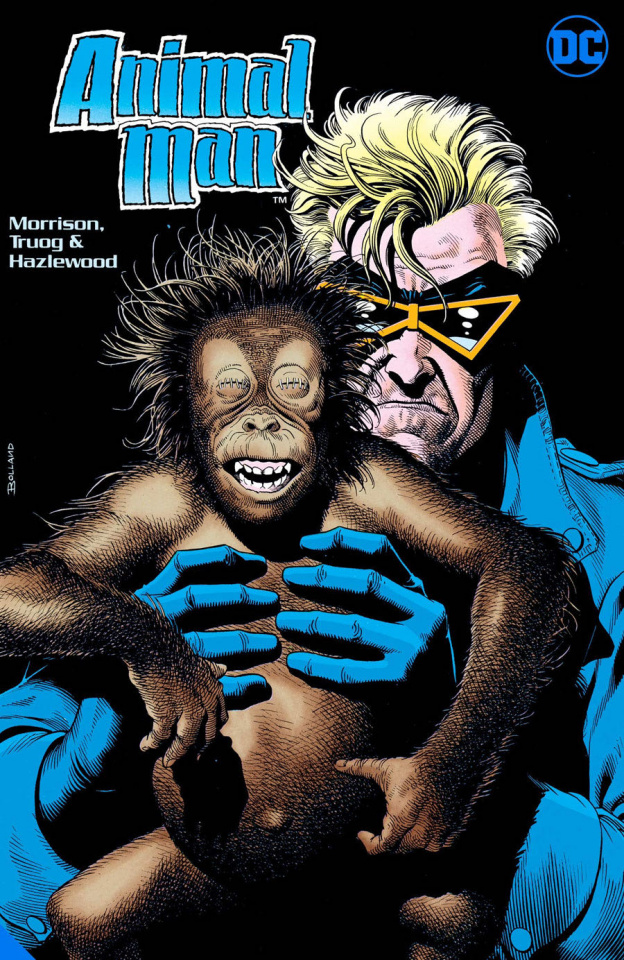