Finishing the thrilling adventure that began in The Polar Shield Project, amysterious new foe plans to release a deadly virus, launching the sons of the world's two greatest superheroes on their biggest mission yet! With the news of the Four Fingers taking refuge in the land of Landis, Batkid, Superboy, and Tilly begin their journey to stop the deadly virus from being unleashed onto the world. Meanwhile, Candace has found her way to Landis and is taken underground to a group of people who still believe her to be the true queen of Landis. Our team is reunited in an action-packed adventure through the desert of Landis, an unknown territory filled with unknown dangers! New York Times bestselling author Ridley Pearson (Kingdom Keepers) and artist Ile Gonzalez bring the epic conclusion to a story three books in themaking. Don't miss the Super Sons of Superman and Batman as they spring into action on what might be their final mission. 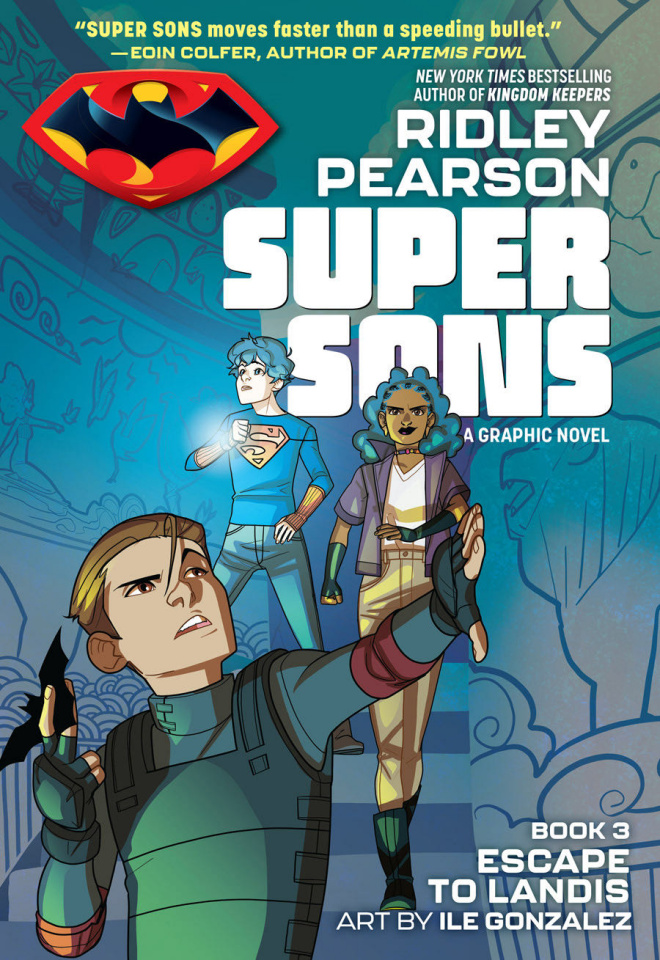