This tabloid-size epic from 1978 tells the tale of a forgotten chapter of World War II in which Superman and Wonder Woman cross paths while the United States stands at the brink of developing nuclear weapons. And while Superman sees their potential to stop the Axis, Wonder Woman is determined to destroy them before innocent lives are lost! But before this powerful twosome can settle their differences, they will have to face the super-powered menaces of Baron Blitzkrieg and the mysterious samurai known as Sumo! 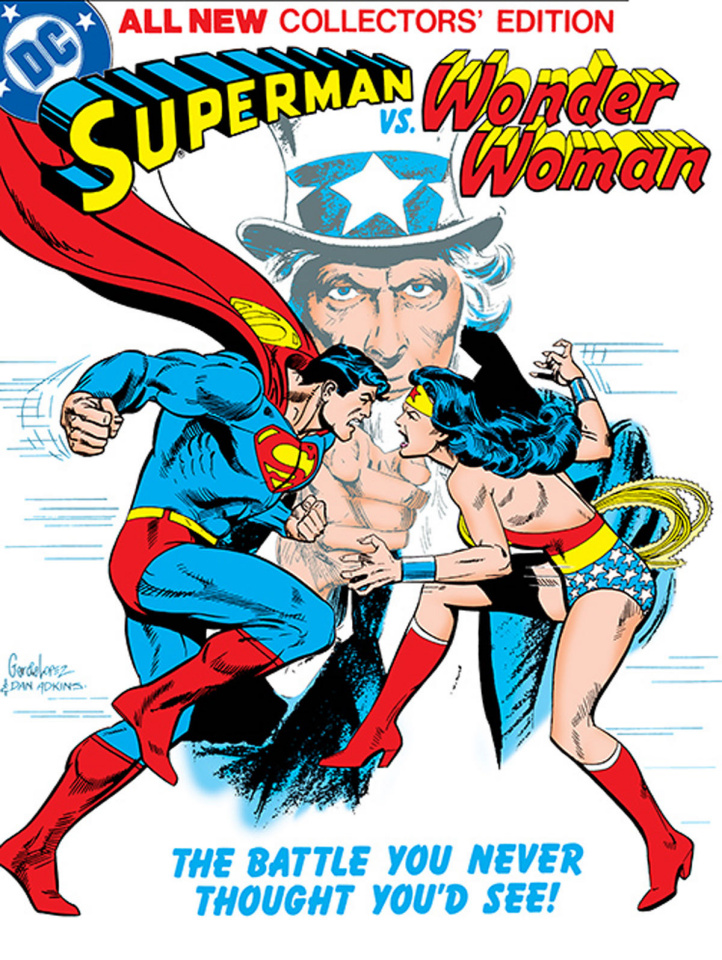