A not so long ago, in a galaxy relatively close by began an epic struggle on a world seized in the grip of an evil Victorian empire. Only a ragged alliance of rebels oppose the emperor and his black guard, but hope is fading. While fleeing from the steam-driven war machines of her imperial pursuers, Duchess Imoen stumbles across the home of the last Dragoon: the legendary storm foil warriors of ancient lore! This new (but strangely familiar) steam-fantasy epic will give thrills that haven't been felt since 1977! 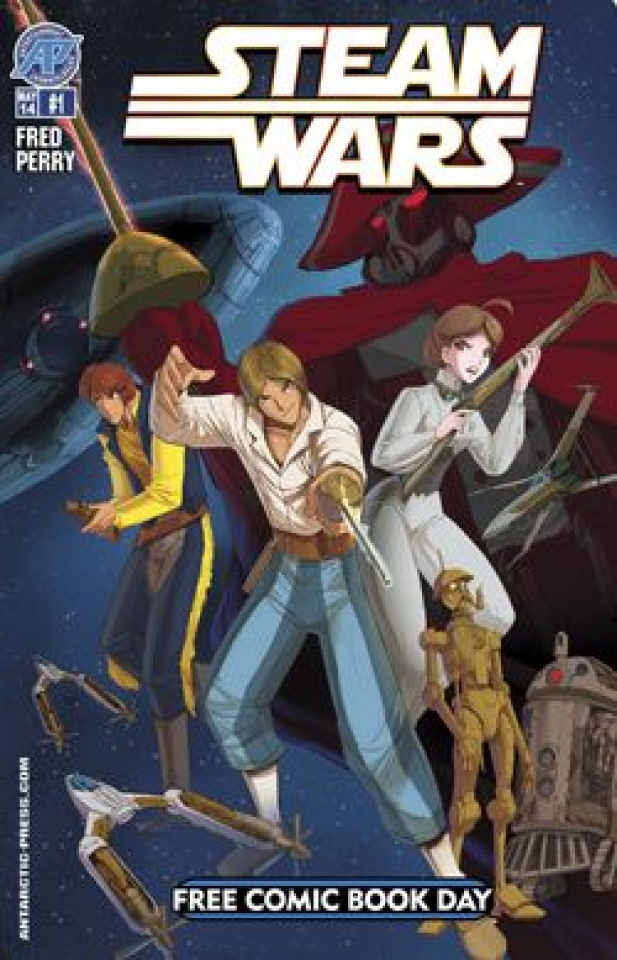