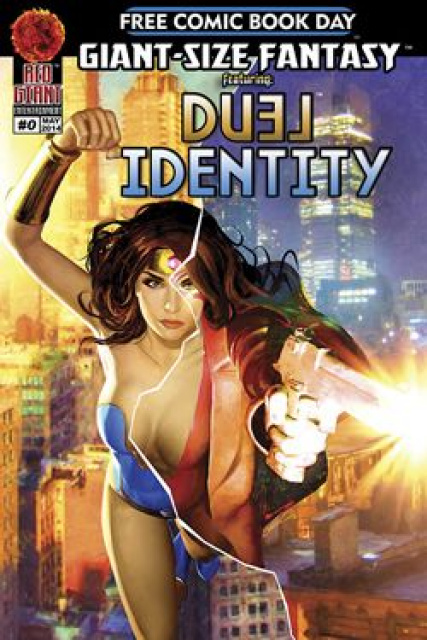 In GIANT-SIZE ACTION: A spin-off to "Wayward Sons" the legendary webcomic series follows the adult children of beings who were once worshipped as Gods. At the turn of the century, Nikola Tesla and his trusty side-kick, Mark Twain, join forces to battle the Illuminati, led by the nefarious Thomas Edison in "Tesla". IN GIANT-SIZE FANTASY: The world's greatest superhero is actually the world's greatest assassin in "Duel Identity". "Pandora's Blog" follows a young girl who moves to a new town, and blogs about the strange things she sees, receiving some unwanted attention as a result. In GIANT-SIZE ADVENTURE: A young boy discovers a magical world filled with strange mystical creatures who come into our world through a mound in his grandparents' backyard in the story "Magika". In "The First Daughter", the President's daughter learns her destiny when she is pulled into a secret, supernatural enclave beneath the White House. In GIANT-SIZE THRILLS: "Darchon" introduces a dark world of supernatural threats that can only be handled by one man - but is he what he claims to be? When children are brought to another realm and acquire supernatural powers to become members in an army of darkness, they are the "Shadow Children".