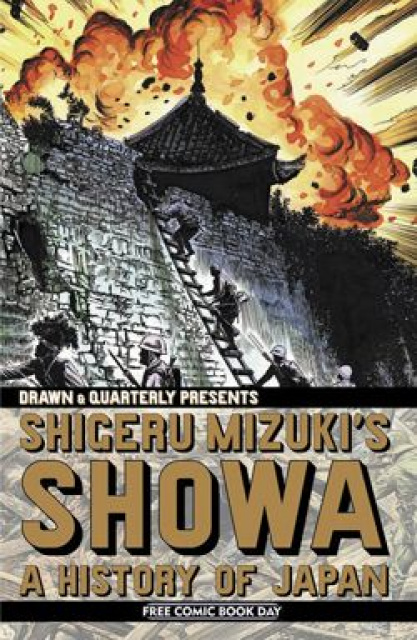 Shigeru Mizuki's Showa: A History of Japan FCBD 2014 will offer a rare preview of the 2,000 page masterpiece on the history of modern Japan. The D+Q series will be published in four separate volumes throughout 2014 and early 2015 and this special FCBD edition will offer an excerpt of the harrowing period covering World War 2 and beyond. Award-winning author Shigeru Mizuki writes affectingly about the impact on the Japanese populace of world-changing moments including the devastating Second Sino-Japanese War, the attack on Pearl Harbor, and the first half of the Pacific War. Mizuki is one of the early pioneers of manga and is one of the most beloved creators in Japanese comics.