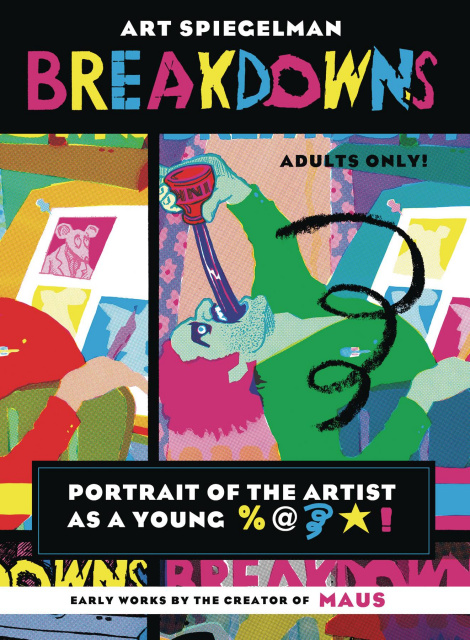 Breakdowns: A Portrait of the Artist As a Young %@&*!

Now in paperback from the creator of Maus, a completely original autobiography, the story of his life as a comix artist. Breakdowns is the chronicle of Spiegelman's story, featuring vignettes of the people, events, and comics that shaped him. It is told in three ways-in 20 pages of comix that give us the story of his rebellious adolescence, a section on the work he did in the 1970s as an underground comix artist (this book brings back into circulation-and restores-the work of his first book, Breakdowns, out of print for 30 years), and an 8-page essay in which Art looks at the role of comics in the 1970s and how, in ways he didn't understand until much later, it was already coalescing into a medium whose resurgence now is evident everywhere.