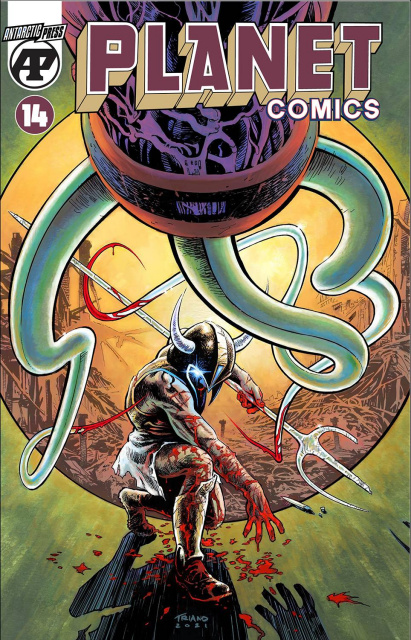 "Adventures of Slash Moron" (Bambos, Jim Hansen, John Burns): Slash Moron, hero and all-around idiot, travels to the planet Varzoom with Professor Essor, Gale Goodbody and a robot. There he encounters the vile Emperor Klutchmong, and much cliffhanging ensues in breathtaking, nail-biting adventure after mis-adventure.

"Division 77" (Dave Heeley, Sinclair Elliott, Gary Burley): All seemed lost as the virus raged across the Earth. Then the Grakon arrived, promising a cure as long as Earth's bravest and brightest would fight for them in their wars.

A millennium later, the cyborg troops of Division 77 continue to leave chaos and death in their wake.

All hope of regaining their humanity is lost, or is it?

Umex lays siege to the city of Gemspire to draw the heroes from their self-imposed exile, unwittingly releasing an ancient weapon that could turn the tide against his villainous horde.