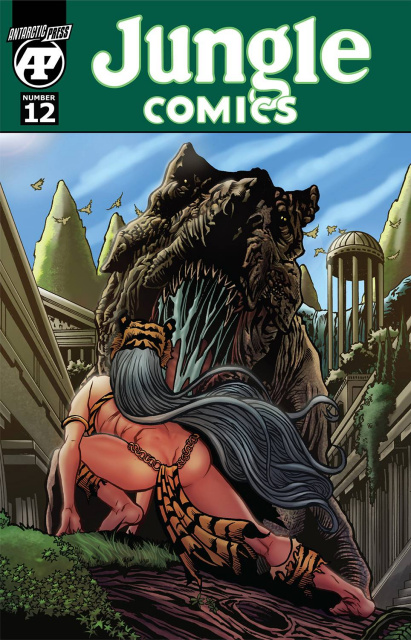 "Prymal": (Eric Alan Nelson, Marcelo Bravo, Andrea Peron): Rescued as an orphaned child by a mystical, ancient people, Silvia Felidae can communicate with or summon the traits of any animal.

As Prymal, protector of the Amazon, she battles the Machiavellian Barbosa and the super-powered mercenaries known as The Huntsmen. "The Adventures of Zan the Jungle Lord": (Giuseppe Pederiali, Roberto Renzi, and Bruno Marraffa): Pursued by Queen Luna's elite warriors, Zan attempts to rescue the captured expedition, but one of them is a traitor!

Will Zan find out in time, or is he doomed to be betrayed?