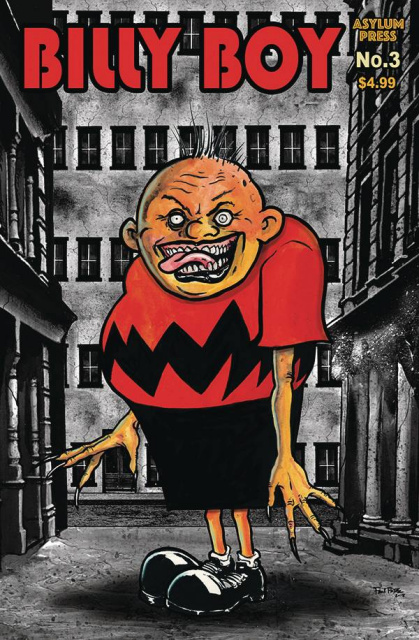 Billy Boy Comics and Stories is collection of dark and disturbing tales of a disillusioned kid who see horrible visions, hallucinations and monsters; too bad they are Real! "Slingshot Mischief" part 3 concludes as Billy attempts to escape the clutches of the evil trolls. In "One Fine Day at the Park" Billy decides to eat a dead grasshopper, but is soon warned by a local wolf that this would be a bad idea. Billy ignores the advice and soon is thrust into a world of horrors. This comic is Grimm's Fairy Tales gone horribly, horribly wrong. Signed by creator Frank Forte with COA. Comes bagged and boarded.