Meet the son of the greatest warrior the galaxy has ever known, as we celebrate the legacy of the House of Ideas with MARVEL TALES! This anthology series shines a spotlight on fan-favorite characters, features timeless stories, and highlights some of Marvel's most impressive talent from the past eight decades! Spawned in a test tube, Genis-Vell now struggles to fill the boots of his late father Mar-Vell - the original Kree Captain Marvel!

Genis has inherited Mar-Vell's greatest gift, cosmic awareness - which might be enough to make him go mad, if he didn't have Rick Jones along for the ride. But sharing a body, and switching places back and forth from the Negative Zone, might drive them both crazy! Get ready for Peter David and Chriscross' hilarious CAPTAIN MARVEL (2000) #0-3 - featuring the Hulk, Wendigo, Moondragon...and Rick's estranged wife, Marlo! 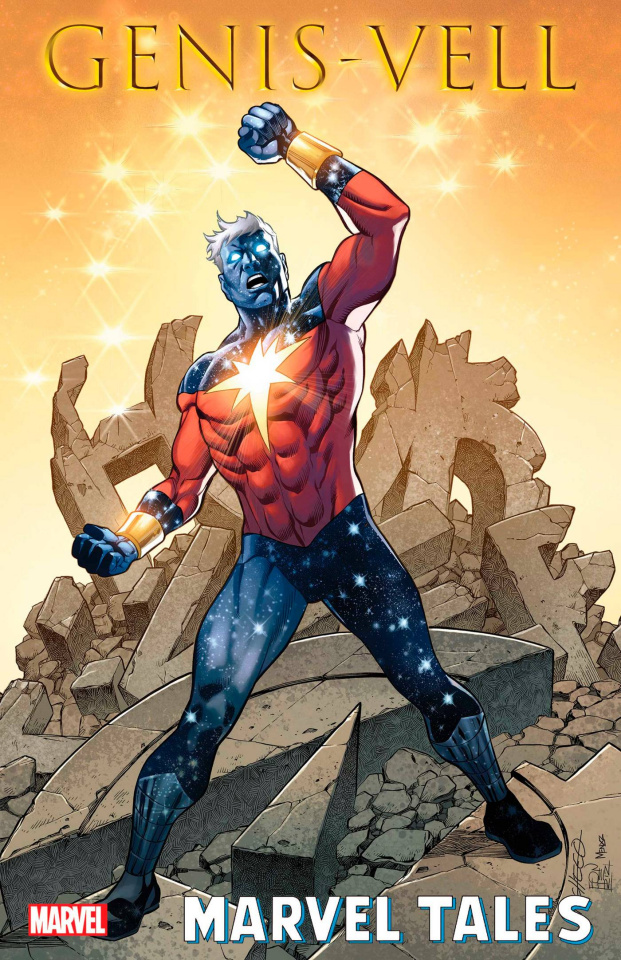