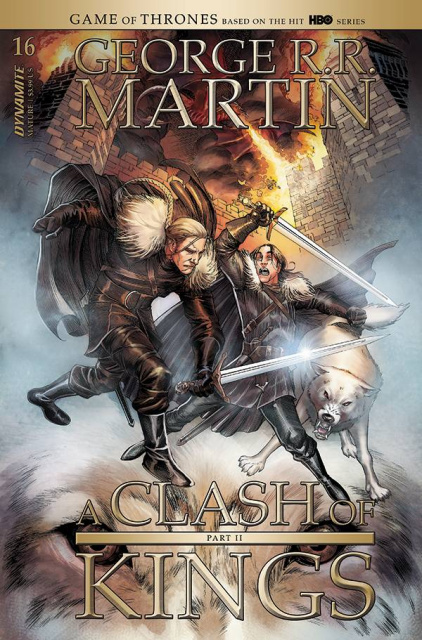 The battle for King's Landing is over, yet far to the North a new danger marches southward and only Jon Snow stands left to defy them.

Meanwhile, Bran and Rickon's true fates within the tombs of Winterfell are revealed. There is little left of hope now for the scattered children of Ned Stark... for the balance of power is in the hands of their enemies and winter is truly coming.

Join us, for this final chapter as we conclude the epic comic book adaptation of George R.R. Martin's A Clash of Kings.