First, it's a trap! Luke Skywalker and Rogue Squadron has been snared by the Empire. But who is the traitor and why is new recruit Ibti Myrak fighting with Admiral Ackbar on the deck of Home One? X-Wings and TIE fighters clash in "Squad Goals," part two by Cavan Scott and Manuel Bracchi.

Then, from author and artist Andrew Griffith comes a new "Tales of Villainy." Asajj Ventress must face off with Aayla Secura, who is dangerously close to uncovering the early stages of the Death Star Project. 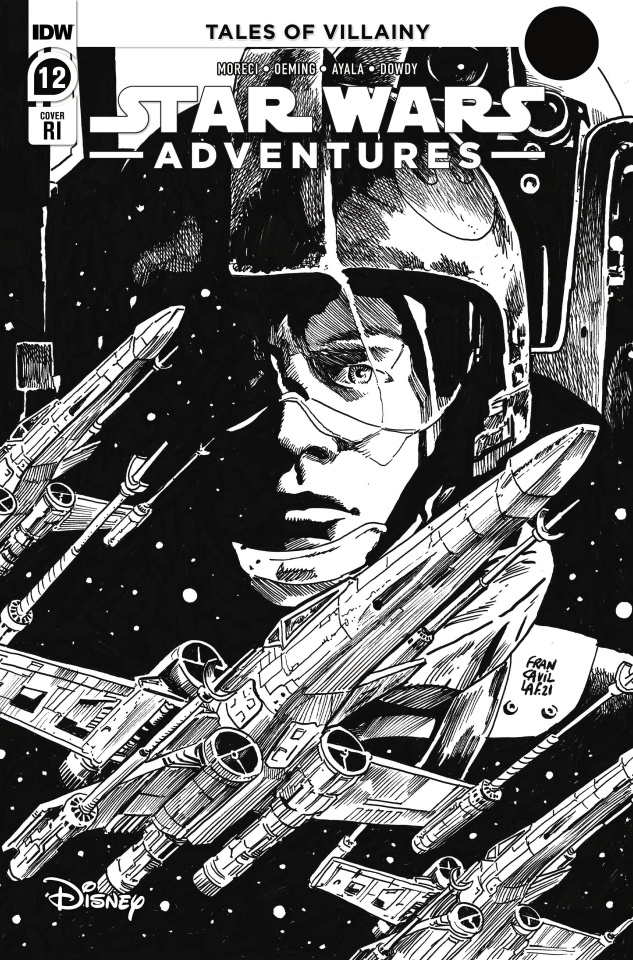