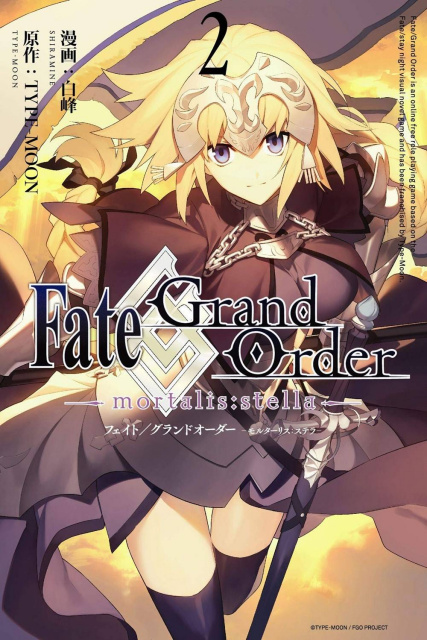 One of the most popular mobile games in the world makes its long-awaited return with Vol. 2! Continue the time-traveling fantasy story that has enthralled millions, in a new adaptation from Shiramine, the artist behind Tales of Zestiria! A NEW GRAND ORDER The year is 2016, and glitches found in humanity's past threaten the sustainability of its future. The Chaldea Security Organization-tasked with preserving human history for as long and as strongly as possible-has developed a new method of time travel to repair these events, stabilizing humanity's future. But when an unknown threat pushes mankind to the brink of extinction, young recruits Mash Kyrielight and Ritsuka Fujimaru find themselves at the helm of the rescue mission: Obtain the Holy Grail in a face off against fate itself... The official adaptation of the TYPE-MOON phenomenon that has become one of the most popular mobile games in the world!