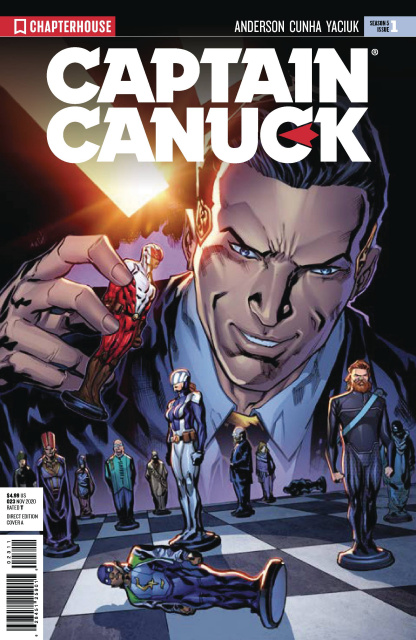 An all-new Captain Canuck makes his debut in Captain Canuck Season 5! Following on the heels of the epic Invasion arc that saw a world forever changed, we meet Darren Oak the newest hero to pick up the mantle of Captain Canuck. Meanwhile, Michael Evans, brother of the first Captain Canuck, is about to unleash his newest plan to put Earth on a path to prosperity post-invasion. Brought to you by the brilliant mind of Ho Che Anderson (KING, Godhead) with art by Felipe Cunha (Cult Classic: Return to Whisper) and colors by Donovan Yaciuk (A Girl Called ECHO) and cover by Ken Lashley (X-Men).