The blockbuster conclusion of the first Eternal Thirst of Dracula story arc comes to a blood-drenched conclusion in the final showdown to end all final showdowns! On Count Dracula's secluded Philippine island stronghold, Van Hauser and Kandy "Kung Fu Mama" Brick must adopt every gimmick they can from the fantasy characters they portray in the 1970s "B" horror movies in which they normally star if they have any hope to survive against not only Dracula himself, but his vampire gorilla bodyguards. But Dracula's domain is also under siege by an army of hideous vampire creatures who will fight to the death to destroy the undead Count and his legacy! The twists, turns, and unexpected revelations will leave you reeling in this outstanding homage to the horror films of the '70s, for mature readers only! 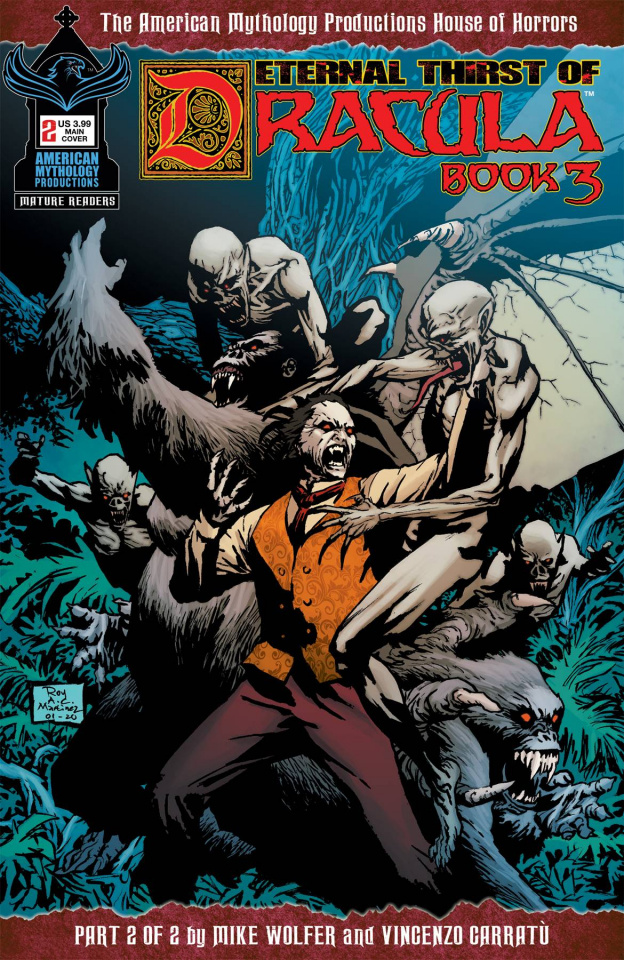