Frank Castle, the one-man army known as the Punisher, is forever redefined in the latest volume of our series of graphic novels handpicked by Marvel Editorial to showcase pivotal storylines written and drawn by some of Marvel's most acclaimed creators! Garth Ennis and Steve Dillon made the Punisher a force to be reckoned with once again, delivering a wild ride of innovative chaos! But not everyone is happy about Frank's return. Two unlucky cops have him, while the ruthless mobster Ma Gnucci and her gang will stop at nothing to see him dead! The Punisher must also contend with a colorful crew of nosy neighbors and the arrival of three copycats - the Holy, Elite and Mr. Payback - who want him to join their crime-cleansing force. Welcome back, Frank! 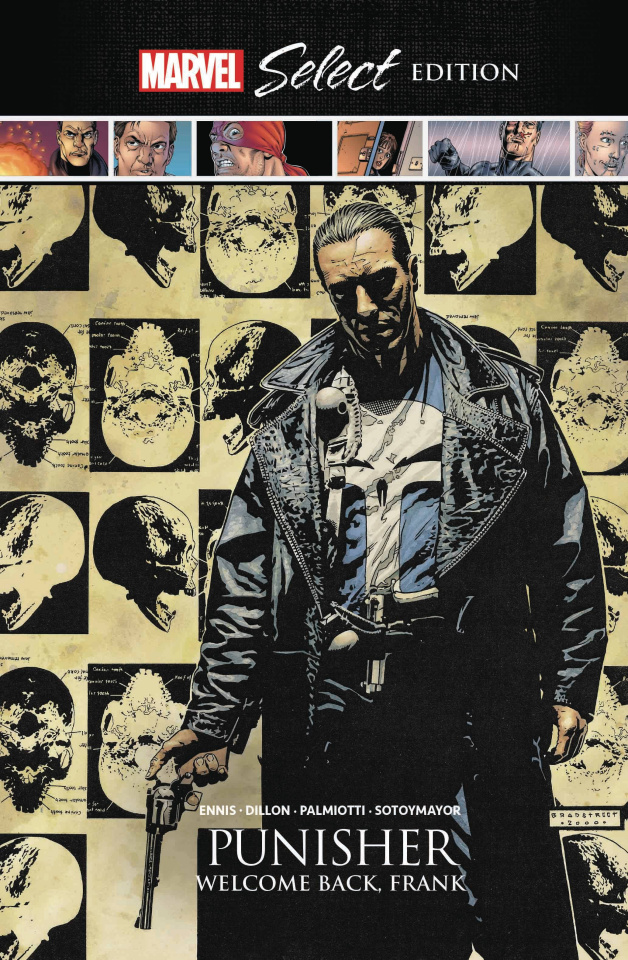