Volume 6 presents all 104 Sunday Pogo strips from 1959-1960 in full-color for the first time since their original appearance. Albert Alligator and Beauregard Bugleboy fend off a man-from-Mars, and Howland Owl investigates Communist espionage in the postal system. Then, its election time and Okefenokee Swamp gets a new presidential candidate, Fremount the Bugboy, sparking a political debate about just who can be president - maybe even a woman! With an introduction by Jim "Garfield" Davis and supplementary features by comics historians R.C. Harvey, Maggie Thompson, and Mark Evanier. 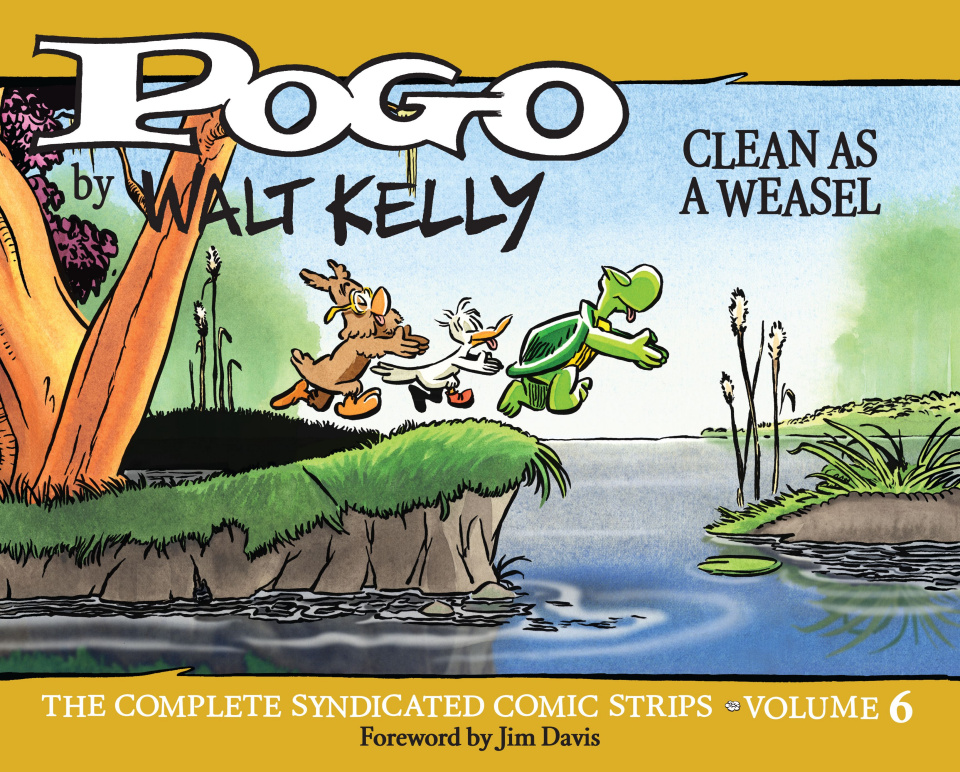