This third volume in the collection brings us to the very edge of absolute greatness, with two later, far more mature solo outings: Doc Doxey's Elixir (including Manhunt) and Phil Wire (including Lucky Luke and Pill) were first published in 1955 and 1956, and already Luke was much closer to the cowboy that we now have in mind , followed by Rails on the Prairie, the first collaboration between Morris and Goscinny, that would usher in 30 years of a legendary collaboration. These stories are prefaced by a staggering 46 pages of extra material including biographies, essays, interviews, and illustrations that will delight every fan. 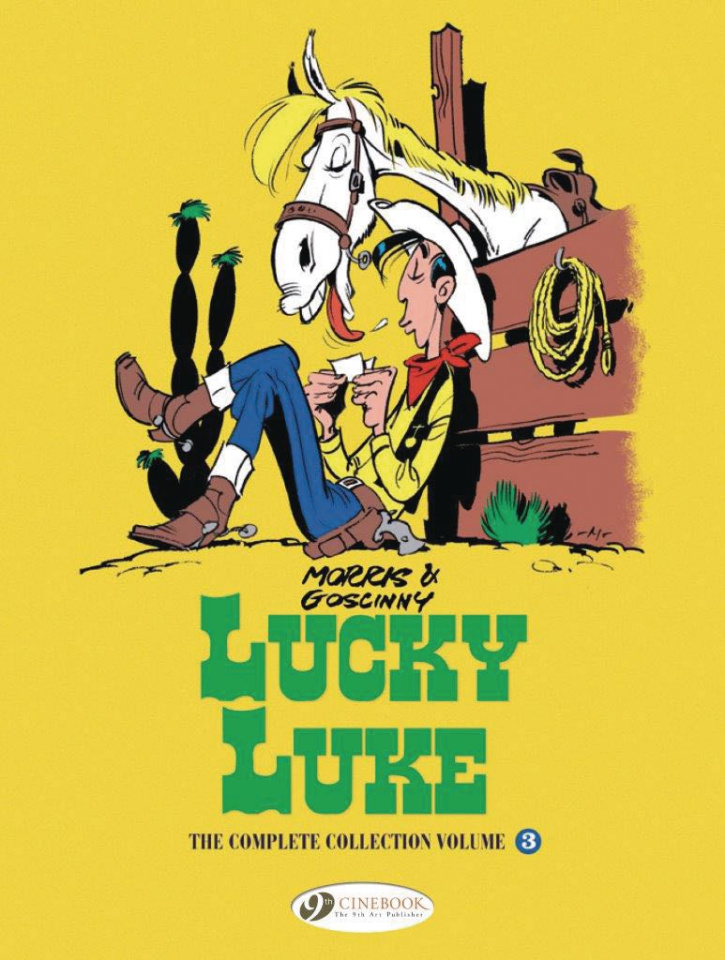