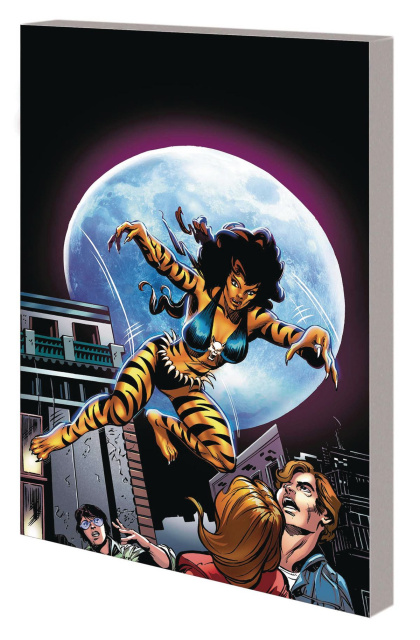 Marvel's feline fury is on the prowl! Before Greer Grant Nelson became Tigra, she was the Cat - a costumed hero taking on foes like the Owl and the Man-Bull. But an encounter with the mystical Cat People soon unlocked her full potential - and Greer became Tigra, the Were-Woman! Transformed into a feline fighting force, Tigra soon made her mark on the Marvel Universe - clashing with Werewolf by Night, Kraven the Hunter, Red Wolf and more - and leaping into action alongside the Thing and Spider-Man! Plus: Join Tigra on the trail of a killer in a moody crime drama illustrated by Mike Deodato Jr.!