Avengers by Jason Aaron Vol. 4: The War of the Realms

As the War of the Realms comes to the nation's capital, the greatest heroes of Washington, D.C., race into action! Who needs the Avengers when you've got the all-new Squadron Supreme of America? But who are they, and where did they come from? Only Agent Coulson knows! Meanwhile, Avengers Mountain comes under siege by the forces of Malekith - and in the final battle for Midgard, Captain Marvel leads the War Avengers! Hulk battles Ulik! Blade takes on the Black Berserkers of Roxxon! And Daredevil, the God Without Fear, has a cryptic message that will decide the team's future! Then, in the aftermath of war, Earth's Mightiest Heroes are looking to celebrate. There's a party at Avengers Mountain - but who invited the Squadron Supreme? 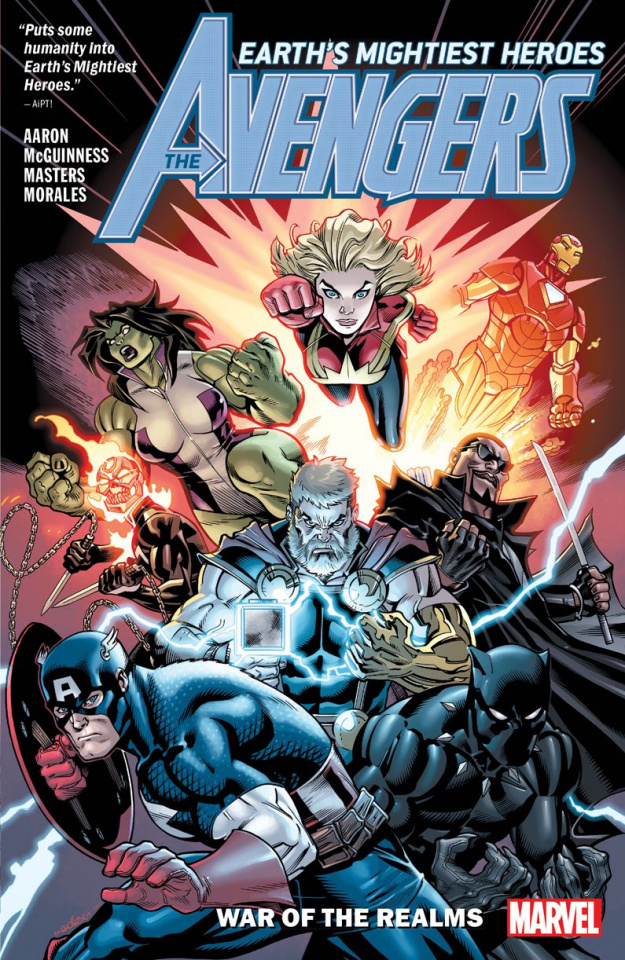