A new Assassin arrives on the stage of World War II! When London dockworker Eddie Gorm loses his family to Nazi bombing, he enters the war against the Templars...but can he balance his quest for revenge against the secrets of a devastating new atomic weapon? Artist Jean-Baptiste Hostache (Lords of War, Clockwerx) unleashes the vivid fires of the Blitz, while Patrick Pion (Devil May Cry) details stealthy action in the style of the smash-hit game series Assassin's Creed!

"Hostache has a unique style that strikes a strange balance between detailed and rough... the drawing work is spectacular." -Geekster 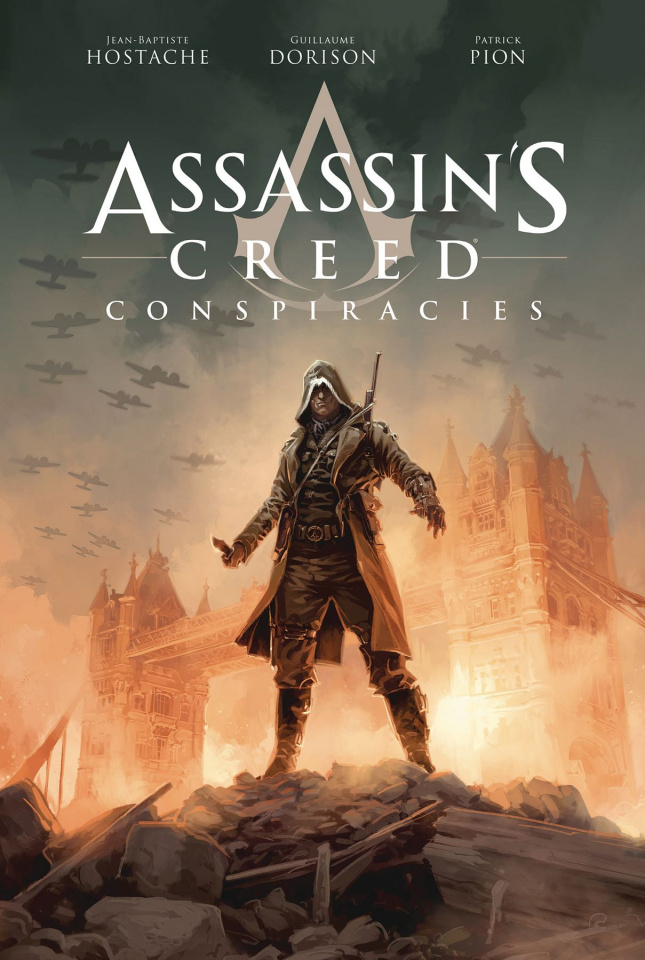