Clover - the "pretty" vampire of the title - is a Bardot-esque blonde who dreams of the (now dead) girl she once was four years ago before becoming a fanged bloodsucker. She is being kept prisoner by her brother, Marcel, who fears Clover will be hunted by the outside world (and who may have other, more selfish motivations as well). Clover's curiosity, however, will not be suppressed: impetuous, sensual, strong-willed, and fearless, she plans her escape. The resultant havoc would make Dario Argento proud.

My Pretty Vampire is a sexy, sophisticated horror romp that heralds author Katie Skelly as a powerful voice in comics. Her inherently sexy work wears its colorful Pop sensibility and keen fashion sense on its sleeve; that her strong visual style and sex-positive attitude is in the service of such strong female characters and emotionally rich work makes for a wonderfully moody, progressive, and engaging read. 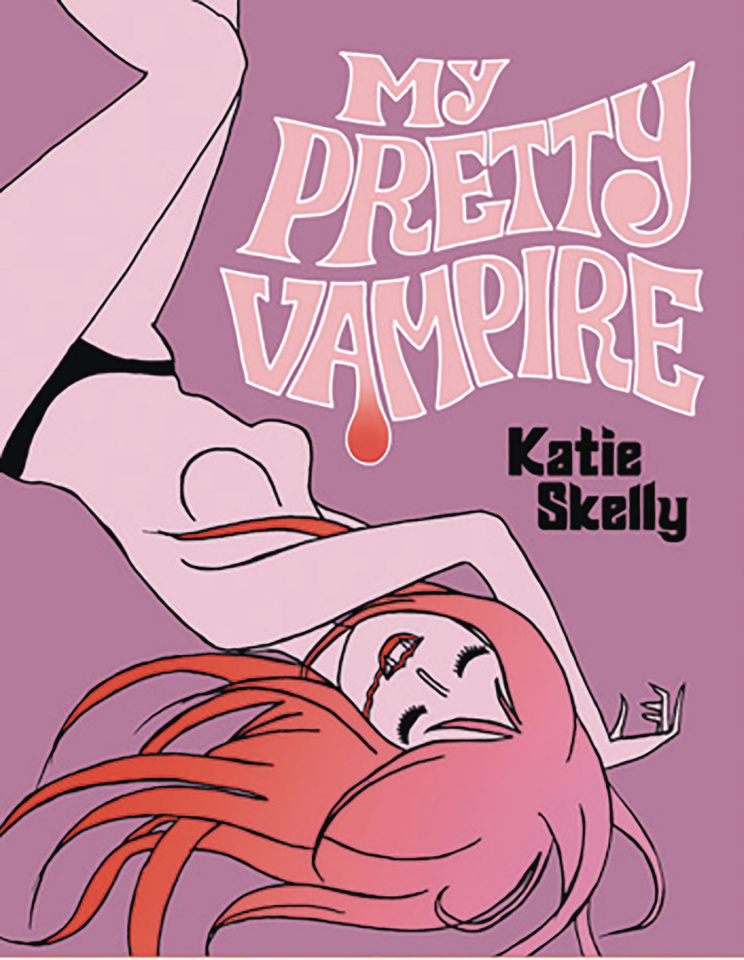