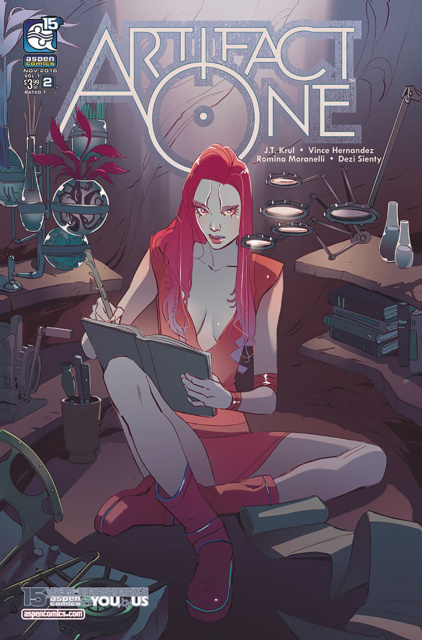 Some time has passed since the tragedy of issue one, as Remi attempts to make sense of the clues her father left behind. However, even in a new village surrounded by new acquaintances, Remi discovers that the ruling Akolouth Clerics will stop at nothing to shroud all kingdoms in their brand of religious devotion. They also will stop at nothing to hunt her down and kill her!