Disregarded, disrespected and dismissed, Renny has a chip on his shoulder.

Once a partner in the criminal syndicate that rules Las Vegas, he's been banished to a shack in the desert. But Renny's been busy building a robot army-and now it's time to march into the neon hell of a cyberpunk Vegas and retake his seat at the table.

While Renny and Marisol argue over which of them is the captive and which is the kidnapper, Robot Paul takes a job at the casino. His manager's name is Death By Torture Bot, so it'll be a difficult first day of work. Plus: The Organization answers Renny's transgression with explosive violence! 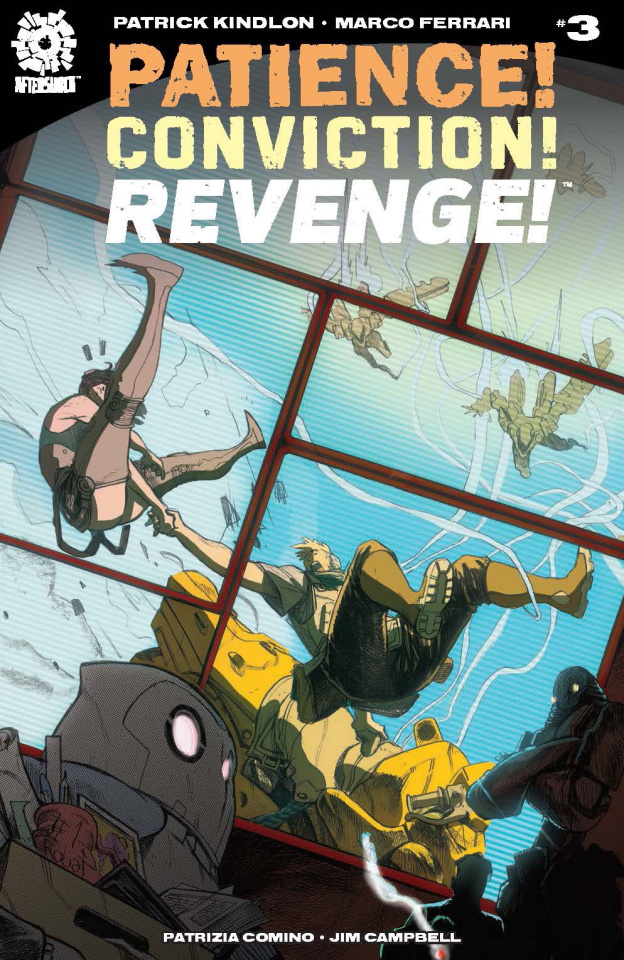