Nick knows he's no hero, so he says thanks to the Lollipop Kids for all of the bad memories, and heads out of the park, back to his old, safe, boring life.

But something follows Nick, a GREMLIN named EXPO. Nick almost kills Expo, but FRESNO stops him and explains that the Gremlin is on their side, not all monsters are evil. Fresno gives Nick one last chance to join their ranks and to ful?ll his destiny, but Nick's soiled pants tell him all he needs to know.

Nick leaves again, but soon he stumbles upon something much worse than a gremlin-and this time NOBODY is coming to his rescue.

Brought to life by Adam and Aidan Glass (ROUGH RIDERS, THE NORMALS, DC Comics Teen Titans) with art from Diego Yapur (The Night Projectionist, Priest: Purgatory), THE LOLLIPOP KIDS is an epic tale of the nightmares that haunt Central Park after dark... 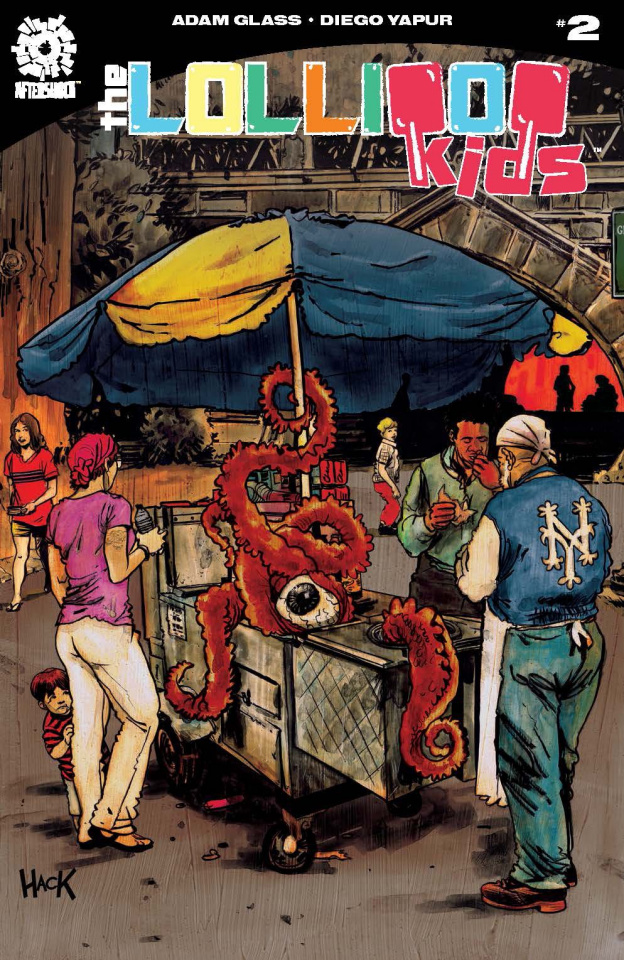