Get the stunning Vampirella Cosplay cover from Vampirella/Dejah Thoris #1 signed by the beautiful coplayer herself, Jacqueline Goehner!

The encounter that was destined to happen! When an alien scout ship crashes on Mars, Dejah Thoris must risk reigniting war with the Green Martians and becoming dinner for the white apes. But the stakes are raised so much higher when the ship is revealed to carry Vampirella, who is on a desperate mission of survival-one that might end before it truly begins! 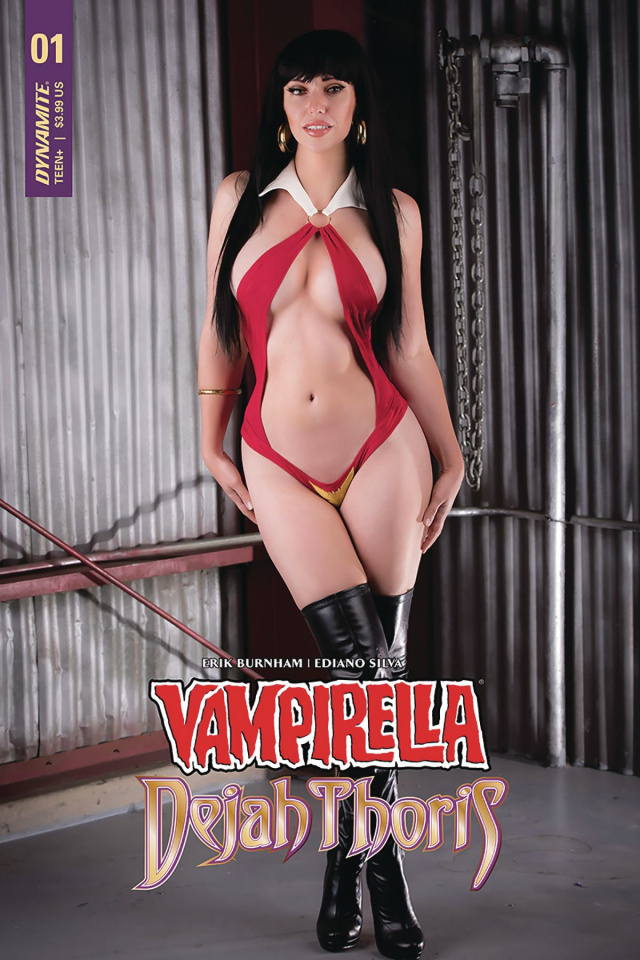