They're outcasts. Renegades. Rogues. Outsiders. They're the world's most profitable superheroes. They're the G-Men. But all is not well with mysterious millionaire John Godolkin's band of misfits. Silver Kincaid, one of the original G-Men, has just committed suicide in the most public and grotesque way imaginable. That's not good news for Vought-American's number one franchise, with G-Force, G-Coast, G-Style, G-Wiz, the G-Brits and the G-Nomads all depending on their slice of the G-pie. There's far too much at stake for anyone to go poking around the G-Mansion now. Who knows what dirty secrets might be waiting down there in the dark?

So it's just too bad that Butcher, Hughie, Mother's Milk, the Frenchman and the Female have decided to do precisely that. Even it they risk finally biting off much, much more than they can chew...

This TPB collects issues 23-30 ("WE GOTTA GO NOW") of the acclaimed series and features a complete cover gallery including all of the alternate covers from the run (along with the covers by Darick Robertson): John Cassaday, Howard Chaykin, John Higgins, David Lloyd, Dave Gibbons, Gary Erksine, Steve Dillon and Jim Lee! 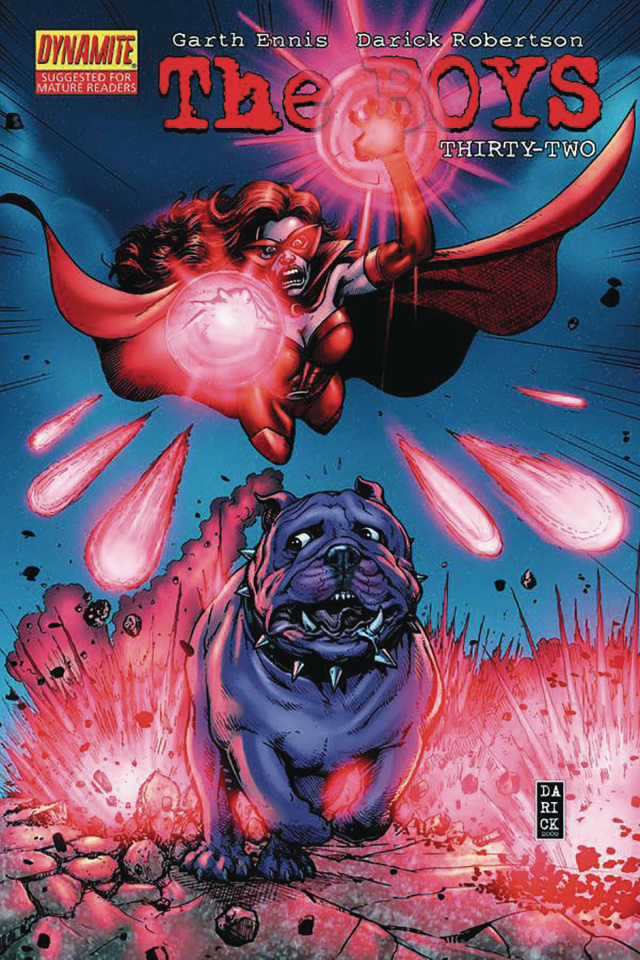