A dimension where the Dungeons & Dragons paradigms are real. The rules are absolute... or, at least, they were... until Rick and Morty make their mark. Get ready to plead the fifth (edition) in this unlawful, chaotically evil story of family friction and fantasy frolics.

Presented in conjunction with Oni Press! 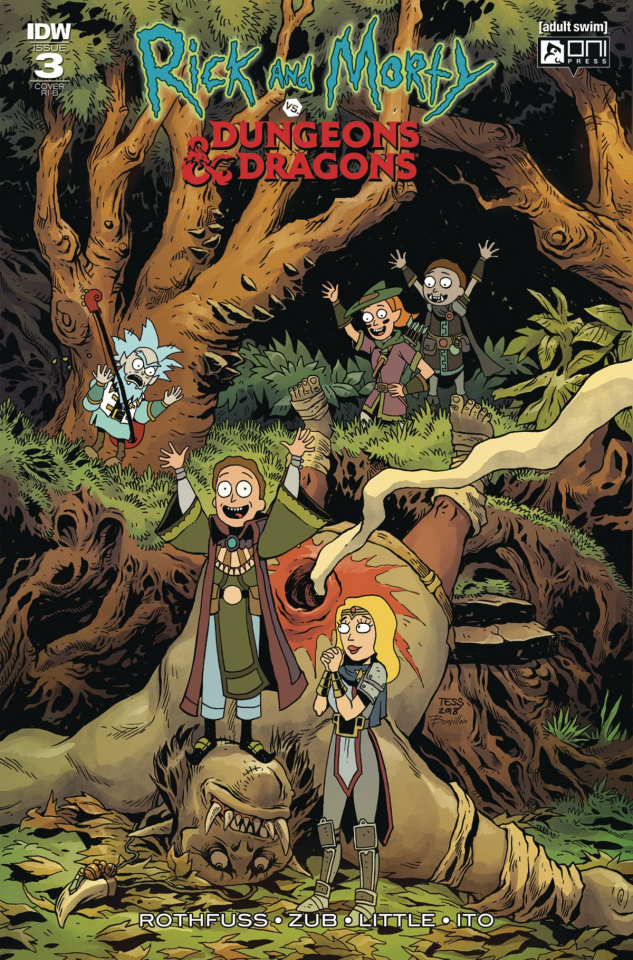