The superstar team of writer Geoff Johns and artist Dale Eaglesham reunite to launch the first all-new SHAZAM! monthly title set in the DC Universe in almost 20 years! (What took you guys so long?!)

Teenager turned super-hero Billy Batson struggles to balance school and superheroics! (Guess which one is more fun?) But when Shazam unlocks a shocking secret deep within the Rock of Eternity, it challenges everything he knows about the worlds of magic and his family's future as its champions! Also, witness the bizarre team-up of Dr. Sivana and Mr. Mind as they set off to build a society all their own! Don't miss the start of an epic run in the making as "Shazam and the Seven Realms" begins! 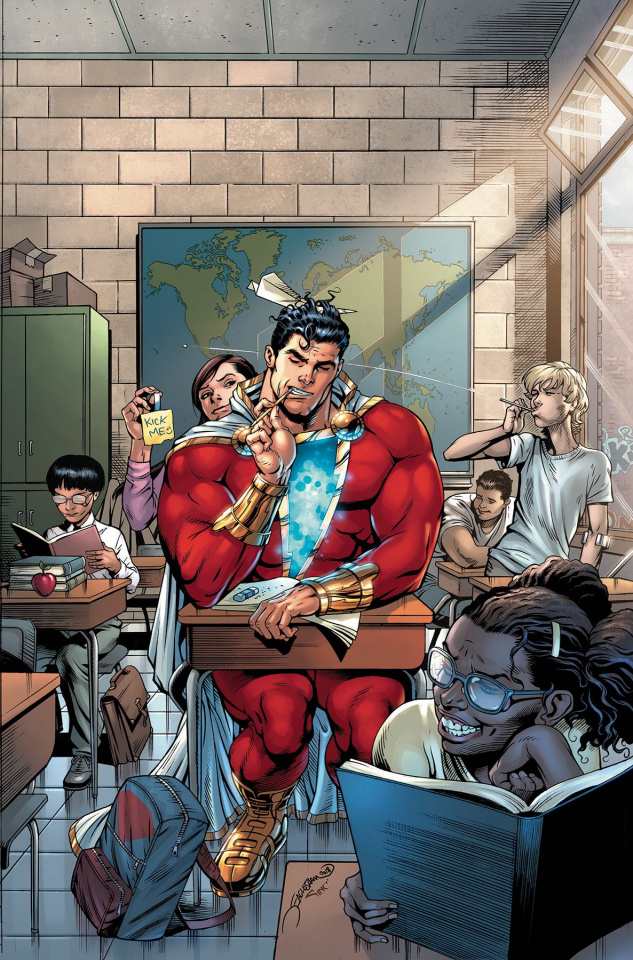