The Eisner Award-winning superhero saga returns with this two-part mystery with lots of revelations!

Picking up immediately where we left off-Lucy Weber has become the new Black Hammer and right as she's about to reveal to our heroes how they got stuck on the farm and can escape she vanishes. Now our new Black Hammer finds herself trapped in a gritty world filled with punk rock detectives, emo gods, anthropomorphic humans, absurdist heroes, and many more weirdos, in mad world in which there is no escape!

"Age of Doom takes everything that was great about the first Black Hammer series and turns it up to eleven. The story gets even weirder, more emotional, and more interesting than fans are probably expecting." -Monkeys Fighting Robots 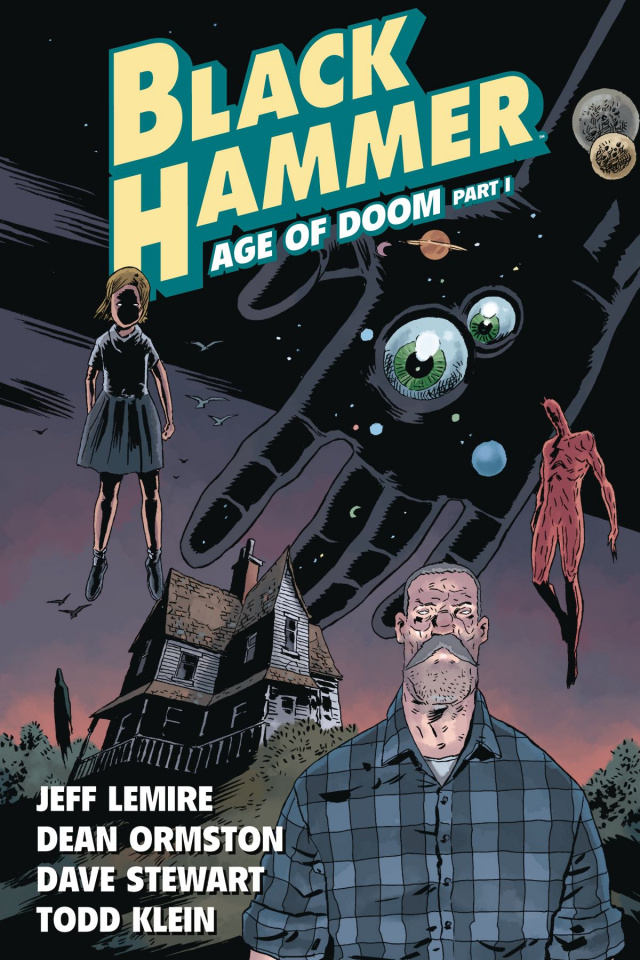