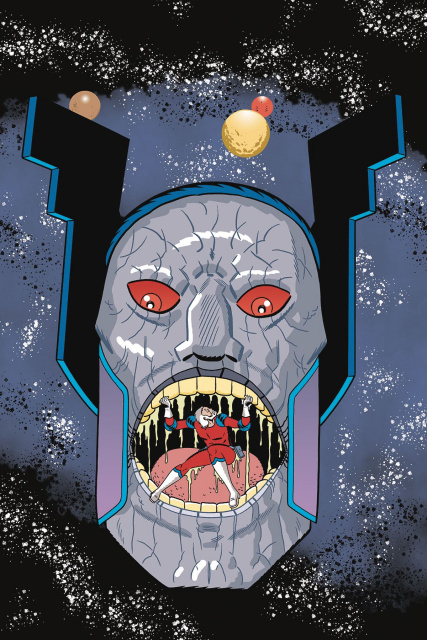 As Colonial Weird tries to figure out the new world he's found himself on, the character's he's met explain not only their origins, but potentially the origins of all things. Weird's time is running out, and the events of this issue will change the way he sees the world forever!

o Winner of the Eisner Award for Best New Series.

"I didn't think something could be thrilling and sad at the same time but now there's Black Hammer proving me wrong. Amazing, just flat-out amazing." -Patton Oswalt