From JONATHAN COULTON, the singer-songwriter behind Code Monkey and the Portal songs; MATT FRACTION, the writer of SEX CRIMINALS, CASANOVA, and ODY-C; and ALBERT MONTEYS, the award-winning Spanish artist of Universe!, comes SOLID STATE, a graphic novel companion to COULTON's GHererammy-nominated album of the same name.

Two guys, connected by a name and hundreds of years, somehow stand at the end of man's beginning, and the beginning of man's end. Most of all, though, it's a funny science-FACTion nightmare about the end of everything-but how that's all kind of okay.

Available for the first time, this oversized hardcover edition of the graphic novel accompaniment to musician, singer-songwriter, and internet superstar JONATHAN COULTON's new concept album, SOLID STATE, is signed by COULTON on a special signature page. 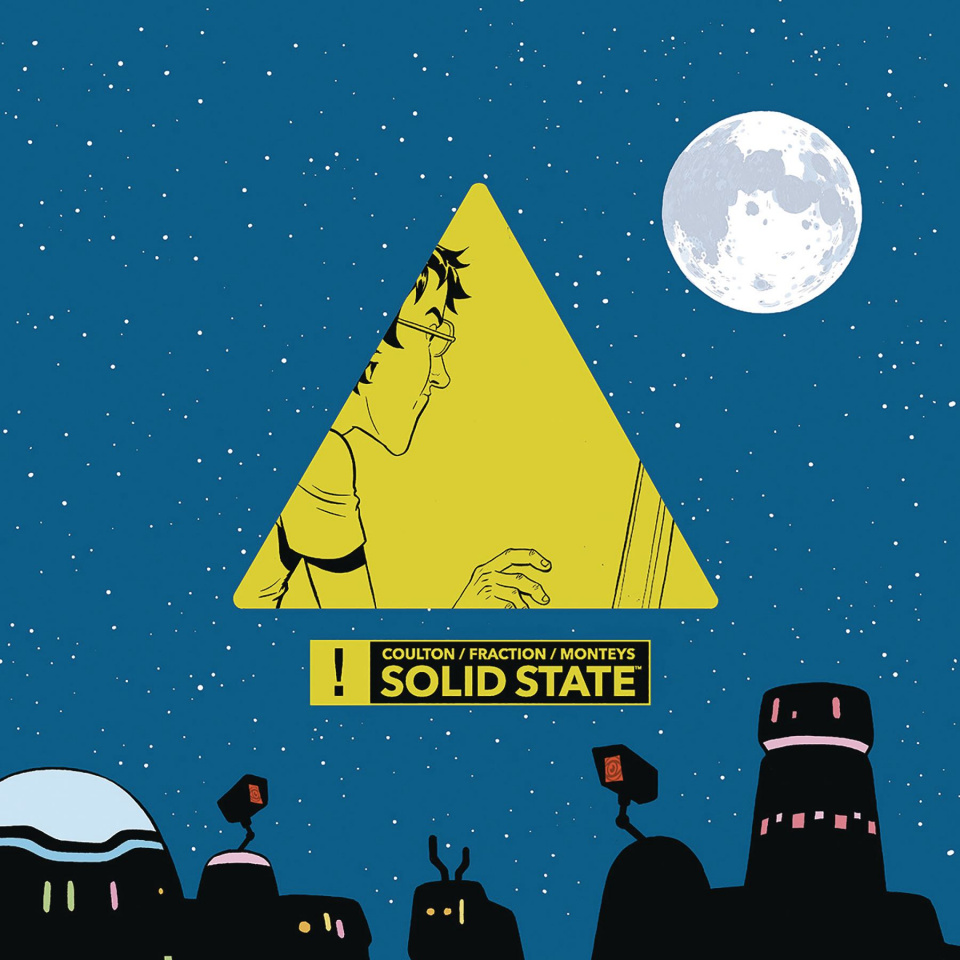