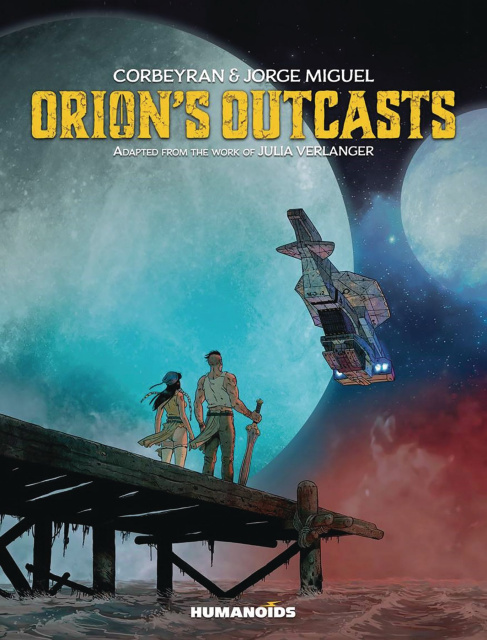 "Outcast!" The sentence is handed down as the iron brand burns Kolhen's arm. Now, instead of his warrior tattoo, the young man wears the mark of the rejected, the "outcasts" as they are known on the planet Absalon. Determined to prove his innocence and to get revenge on those who framed him, Kolhen escapes captivity with the help of the fiery Tryana, another of society's pariahs. On his quest, Kolhen meets a mysterious woman with golden hair, who's armed with strange and powerful weaponry, and who claims to be an envoy from another planet: Earth.