"The Good Part of the Story"

Hala and her pet killer JollyBoy finally catch up to Lark and Brenar. Blood is going to be spilled for sure now. Brenar can't fight both at once. When he squares off against JollyBoy, Lark is left at Hala's mercy, except that Hala has no mercy. Since Lark clearly has no chance, why are we even continuing with this solicitation?

LARK'S KILLER is already "one of the BIGGEST EVENTS OF THE COMICS YEAR!" BILL WILLINGHAM returns to independent comics with the monthly LARK'S KILLER, his first original title since 14 EISNER winner FABLES began in 2002. Dude-there's like, THREE awesome covers by Jumpin' GENE HA!,TONY (My Little Pony) FLEECS; and series creator BILL WILLINGHAM. Word! 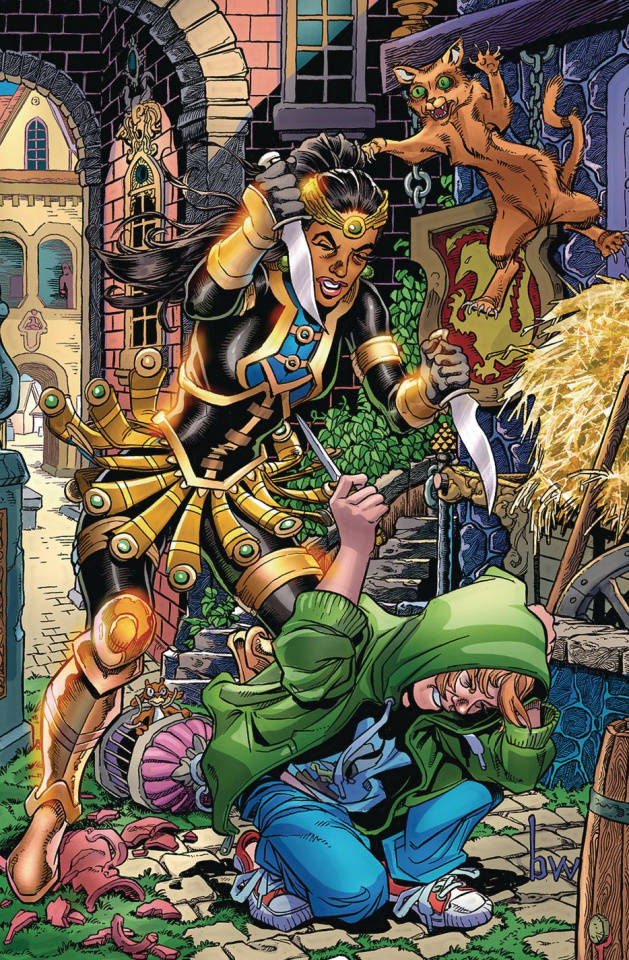