The story of the great heroine of France, Joan of Arc, also known as "The Maid of Orléans." Born a peasant girl in Domrémy, France in 1412, during the Hundred Years' War, Joan began to hear celestial voices as a teenager. It was these voices which she claimed guided her in battle against the English, until her capture and fateful trial for heresy. Classics Illustrated tells this wonderful tale in colorful comic strip form, offering an excellent introduction for younger readers. This edition also includes theme discussions and study questions, which can be used both in the classroom and at home to further engage the reader in the story. 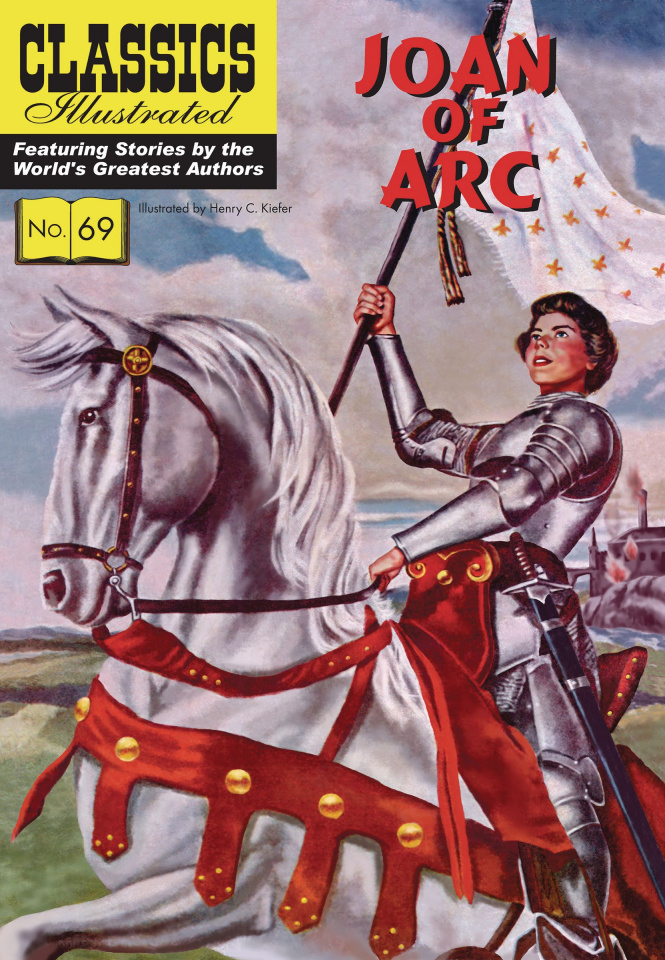