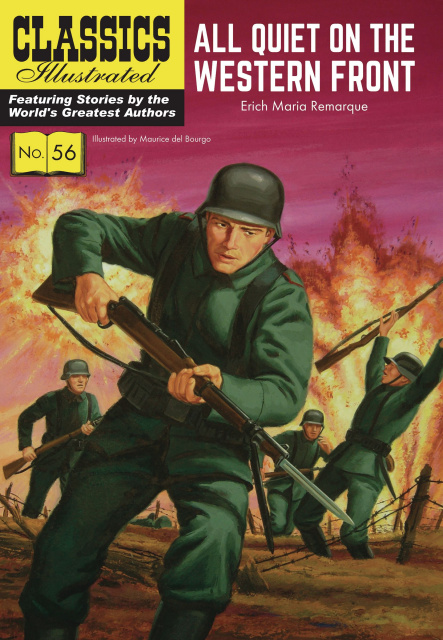 All Quiet on the Western Front

Narrated by Paul Bäumer, a young man fighting on the French front, Erich Maria Remarque's All Quiet on the Western Front describes the extreme circumstances of the German soldiers of the First World War. Paul and his friends volunteered to join the army after being swept up by the patriotic speeches of their teacher. But after undergoing several weeks of harsh training and experiencing the unimaginable horrors of life on the front, they have realized that the truth of warfare is not honorable, but terrible.