After crash landing on a distant planet, Red finds herself in a strange paradise surrounded by a host of odd and intriguing aliens, including her small gray companion, Tawee, and the planet's grumpy custodian, Goose. But even paradise has its problems. When survival gets a little tough, Goose and Red find themselves locked in the middle of the craziest election in the galaxy, competing for the acceptance of the castaways and determining who will lead them all. As this unlikely band of misfits comes together to create a new home for themselves, the enigmatic space pirates return, searching for a mysterious stolen treasure. Now Red and her fellow castaways must decide if their mismatched family is worth fighting for. 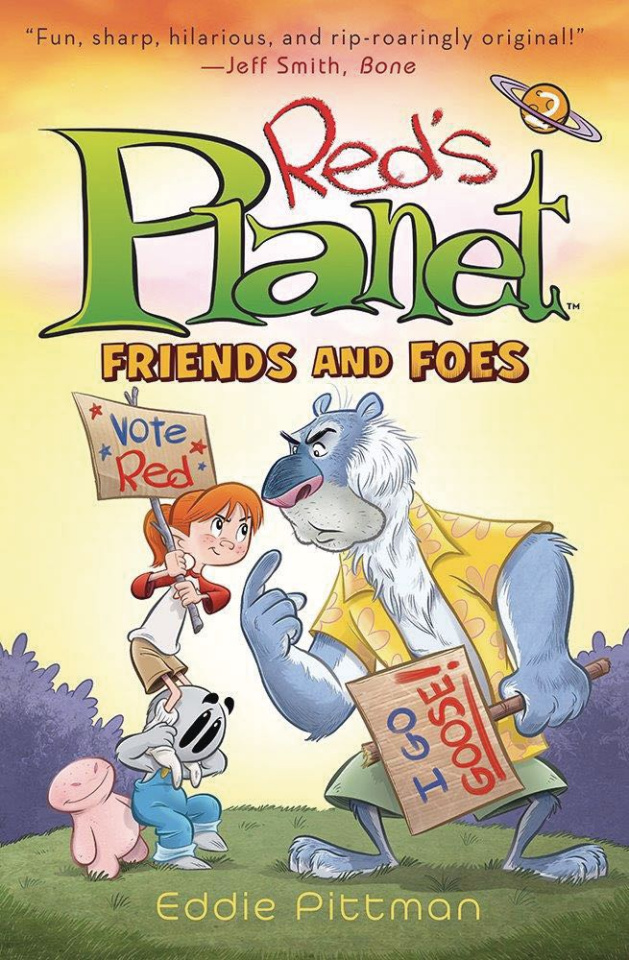