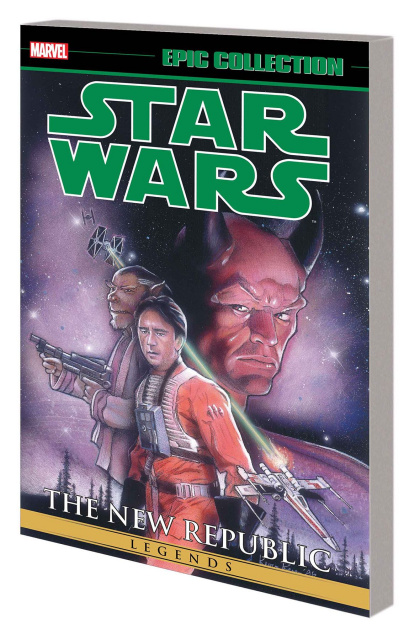 Wedge Antilles leads the Rogue Squadron into action and adventure! It begins with what should be a straightforward mission - but will a simple search and rescue end with a requiem for a Rogue? Then, meet the Empire's answer to Wedge and his elite band of X-wing pilots: Baron Fel, Imperial flying ace! And his wingmen are more than a match for anyone! Will Fel be Rogue Squadron's downfall - or could he be much more? Our heroes will face pirates, the vindictive Iceheart and an Imperial Star Destroyer! But their deadliest mission of all awaits: If the New Republic is to take hold of Imperial Center and turn the tide of war, Rogue Squadron must rescue former would-be Emperor Sate Pestage - the only trouble is, he's wanted by the Empire for high treason!