Ka-Zar meets Shanna for the first time in this massive Marvel Masterworks! Two heroes from separate walks of life - but it was inevitable that their paths would cross deep in the jungle after both rejected the modern world. But first, Ka-Zar must conquer a madman powered by Super-Soldier serum, the twin villain Gemini, and his own brother, the Plunderer - while Shanna hunts her father's killers, explores the jungle's mysteries, and battles the Mandrill and priestess Nekra! As their paths diverge, Ka-Zar encounters an evolved incarnation of a Savage Land nemesis in adventures with Bobbi Morse, the S.H.I.E.L.D. agent known as Mockingbird! Meanwhile, Daredevil helps Shanna complete her quest to avenge her father! 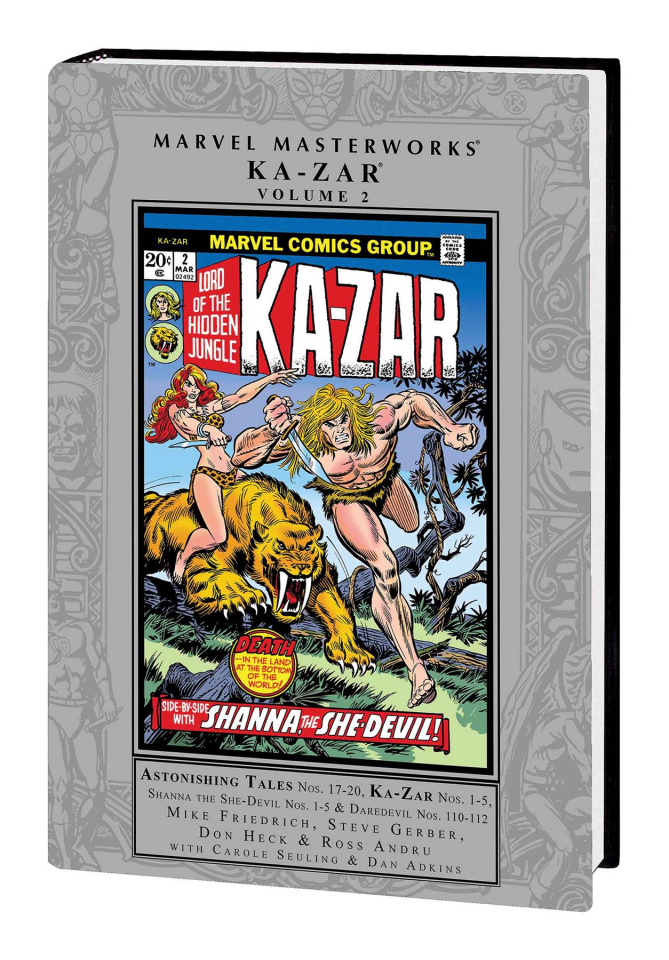