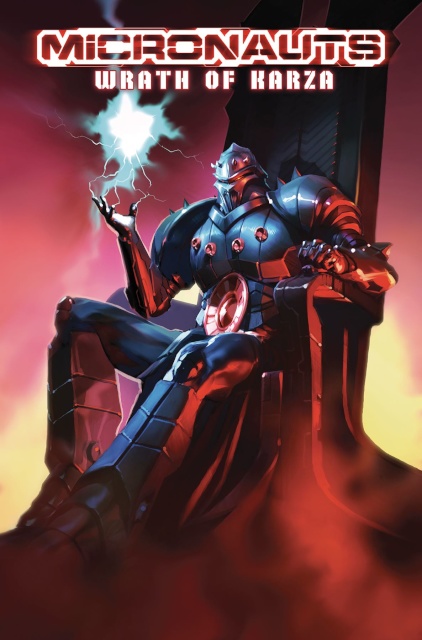 The action continues in the Hasbro Universe as the villainous Baron Karza sets his sights on new worlds! As one universe dies, another is invaded! Microspace-the home of the Micronauts-is collapsing. But Baron Karza has discovered a new universe in which the people of Microspace would thrive, a universe in which he would rule! The first world to be conquered is Earth, and the first enemies to be targeted are the TRANSFORMERS, G.I. JOE, M.A.S.K., and ROM!