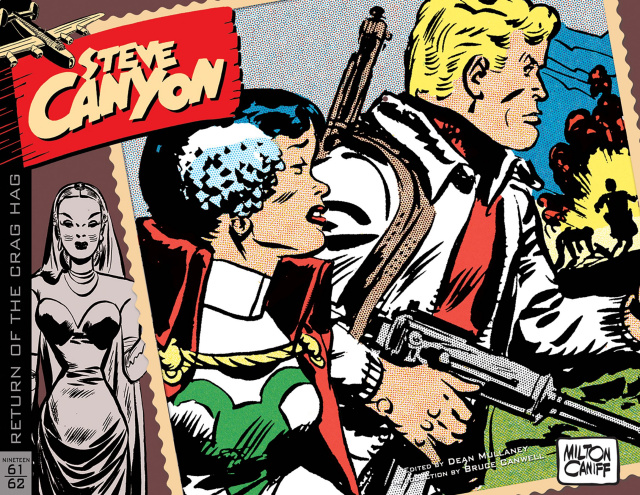 The Greatest Generation's cartoonist-in-chief, Milton Caniff, continues to appeal to two disparate groups-comics aficionados as well as active military and veterans. The Air Force created an official record for Steve Canyon, the only time a fictional character was so honored.

Milton Caniff tackles the escalating Cold War throughout 1961 and '62 as Steve Canyon finds himself trapped, alongside old friends Princess Snowflower and Doagie Hogan, in a net of intrigue between the USSR and Communist China! Meanwhile, as the Cuban Missile Crisis plays out in the waters south of Florida, Steve Canyon and the alluring Miss Mizzou attempt to preserve our freedom by stopping another Red plot hatched at the Panama Canal! These never-before-reprinted strips include full-color Sunday pages, and are reproduced from Caniff's own file copies.