The American Way: Those Above and Below #5

The American has discovered there is a new superhuman on the scene, and the young man is none too happy to be confronted by a costumed hero, especially not one he thinks is a government stooge. It's a deadly standoff as fire meets fire-almost literally! Meanwhile, there is dissension in the ranks amongst the radicals as Amber Waves' erratic behavior continues to bring heat of another kind down on all of them. 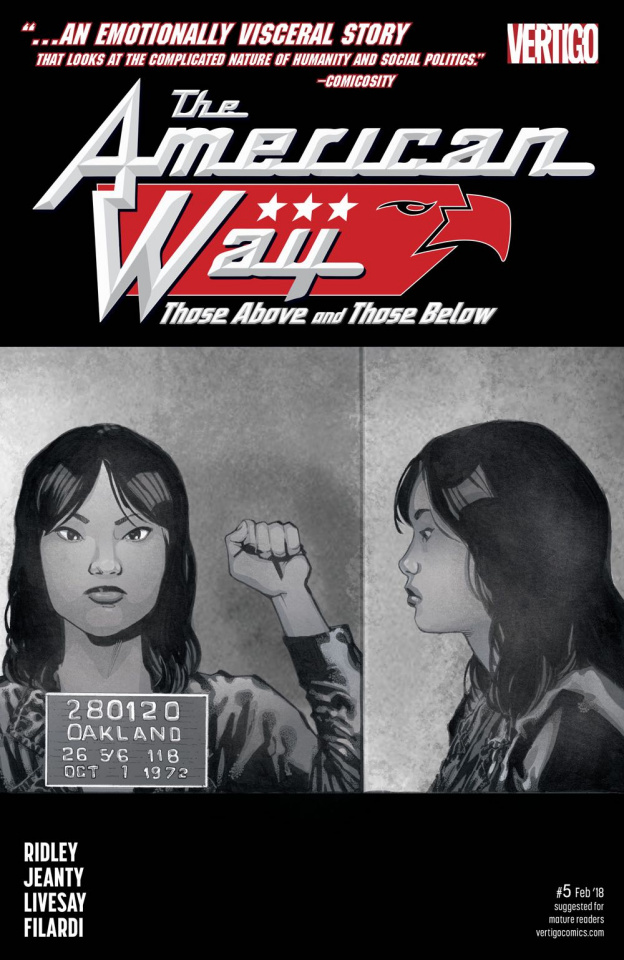