Using a giant mallet, the President has caved in a man's skull on national television - and that's not even the strangest thing to happen today. As War Pig One spreads the effects of Unstabilium across the world, Dick Dastardly and Muttley Muller are the only ones who know it has to be stopped...and one of them's a dog! It's time these two soldiers stopped giving a pup about rules and found a way to get back Stateside, but Air Force General Harrier has other ideas. 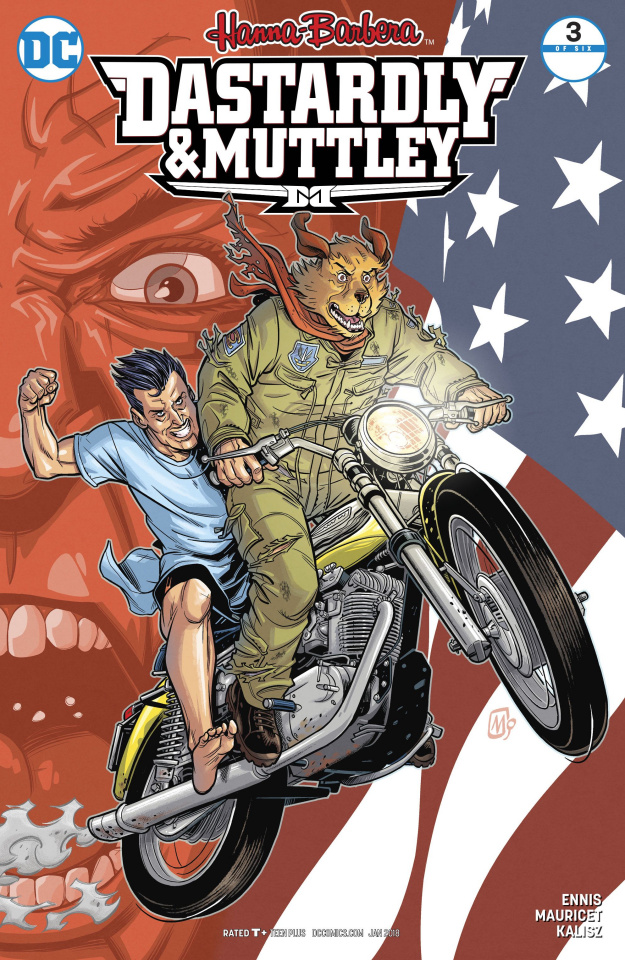