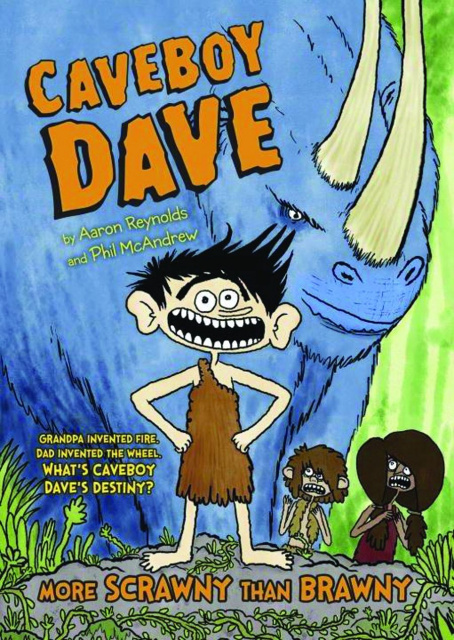 His grandpa invented fire. His dad invented the wheel. How will Caveboy Dave leave his mark? Dave Unga-Bunga has always been more scrawny than brawny. This is a major problem when your village expects you to become a meat-bringer. At age twelve, all young cave-people must stalk through the eerie mushroom forests for a prehistoric beast the village can feast on. Dave would much rather invent stuff for a better life, though - like underwear to make loincloths less itchy and cutlery to make eating less filthy. Can Dave save his group by inventing the perfect defense against a bloodthirsty pokeyhorn? Or will he meet his doom?