WHY WE LOVE IT: Thomas Siddell's critically acclaimed and award-winning webcomic has fans all over the world, and the last printed edition completely sold out. With a new cover by creator Thomas Siddell and in softcover for the first time, the release of the first volume is finally available again for old fans and new readers alike!

WHY YOU'LL LOVE IT: We'll let Neil Gaiman tell you all about it: "I was thrilled to hear that my favourite webcomic was going to be collected on paper. I wish that Antimony Carver and her adventures and mysteries and myths, not to mention her school, had been around when I was a boy, to shape and warp and twist my growing mind-but I don't think you could ever grow too old to delight in Gunnerkrigg Court."

WHAT IT'S ABOUT: Antimony Carver is a precocious and preternaturally self-possessed young girl starting her first year of school at gloomy Gunnerkrigg Court, a very British boarding school that has robots running around along side bodysnatching demons, forest gods, and the odd mythical creature. The opening volume in the series follows Antimony through her orientation year: the people she meets, the strange things that happen, and the things she causes to happen as she and her new friend, Kat, unravel the mysteries of the Court and deal with the everyday adventures of growing up.

Available in softcover for the first time! 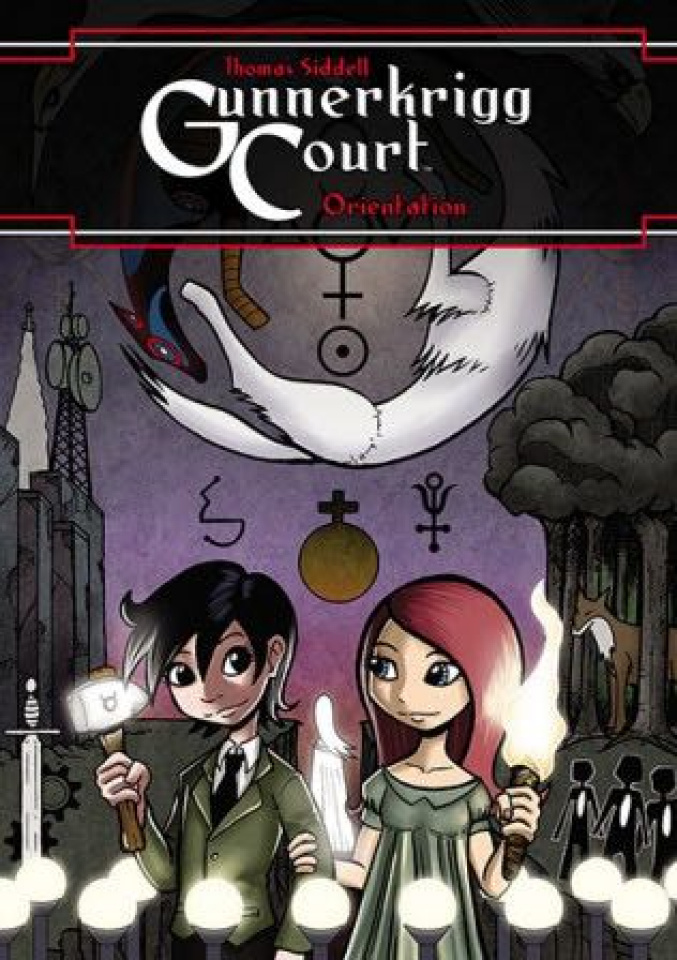