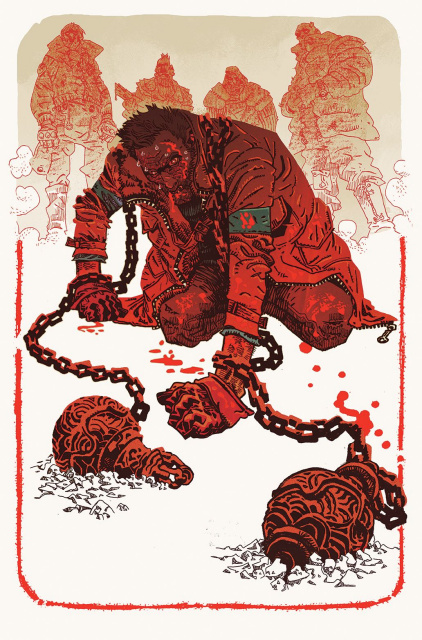 Steve Orlando (Midnighter, Virgil) brings us his only original series of 2016, a gripping story about the nature of identity.

Once every seven years, Earth overlaps with Ektae, a world where alchemy is not pseudo-science but the driving force of industry. For seven days, Ektae breaches our world, bringing dirty magic and ideas.

Jordan Molossus was born of Earth and Ektae and abandoned by both, but when he receives two cast iron urns containing his estranged fathers' ashes, he'll leave everything behind to put his parents to rest before Ektae disappears for another seven years.