Everything we thought we knew about magic will...Vanish.

Hank Medley is a Las Vegas magician at the top of his game. For Hank, everything comes easy: women, fame, and overwhelming fortune. However, 'Hank the Magnificent' soon realizes that in Sin City, your luck can change at the drop of a hat--or wand--in his case. Powerful forces of magic once banished from our reality have returned, and Hank is about to step out of his stage show "Charismagic", and into a world where the wonders of magic have not only come back, but are even flourishing! However, with some of these newly arrived beings intent on vengeance for deeds done to them in the past, will Hank be able to survive this new landscape of reality-and magic?

Collecting together the sold out zero issue and issues 1-6, along with a complete cover gallery and an extensive sketchbook section, magical creatures of myth and legend, wizards and sorcerers of immense power, and so much more come to life in this thrilling first volume of the critically-acclaimed series, CHARISMAGIC! 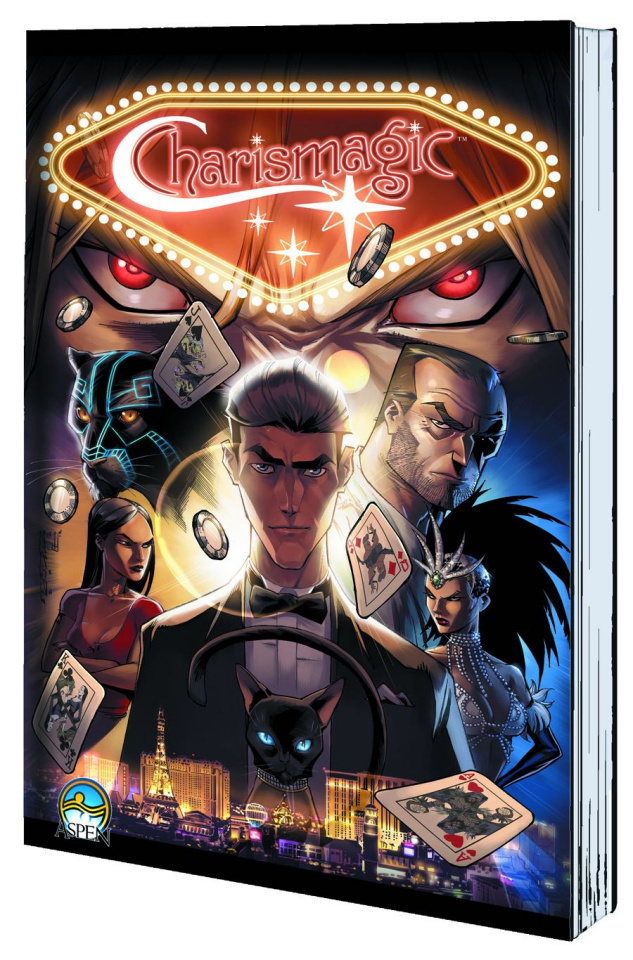