Four weird friends! Eight hilarious volumes! Join Amelia, Reggie, Rhonda, and Pajamaman (The Gathering of Awesome Super Pals) in the Eisner-nominated Amelia Rules! series! Amelia Louise McBride has seen it all: her parents' divorce, a move to a small town, the terror of Joe McCarthy Elementary, wacky frenemies, a celebrity aunt, and crushing crushes! Plus, that thing every kid has to face at some point - ninjas! But just when she thinks her life is settling down, another surprise hits her like a rogue Sneeze-Barf. But don't worry. Whatever it is, Amelia can handle it. This collectible boxed set features paperback editions of The Whole World's Crazy, What Makes You Happy, Superheroes, When the Past Is a Present, The Tweenage Guide to Not Being Unpopular, True Things (Adults Don't Want Kids to Know), The Meaning of Life...and Other Stuff, and Her Permanent Record. 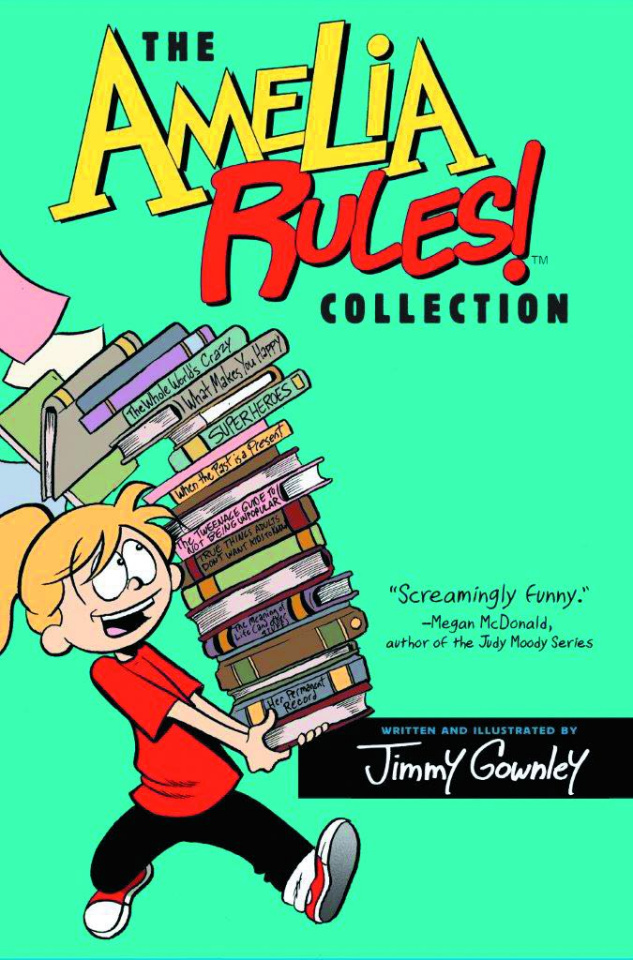